The glorious feast of Easter and Georgia was desecrated with separatist rags and pseudo-"genocidal" actions! 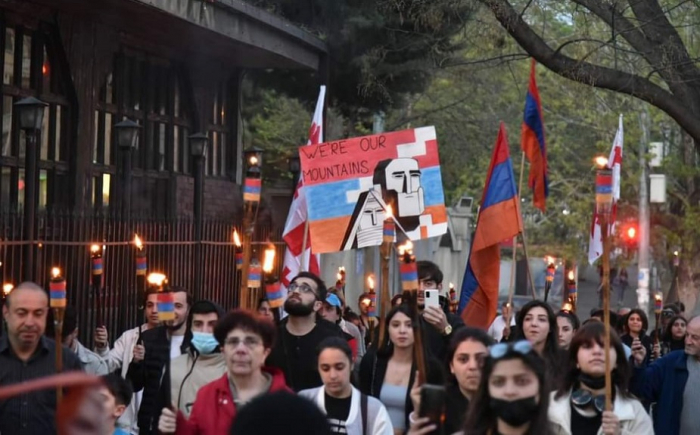 This year the Orthodox faithful celebrate Easter, the radiant holiday of the Resurrection of Christ, on April 24th. In Georgia this is the main holiday and on this day it is accepted to rejoice and not to overshadow the joy of others with even bad news. Famous Georgian ecclesiastical writer Archimandrite Raphael (Karelin) gave an example when on Easter day his only son died, but his father did not say anything about this terrible event to his guests in order not to spoil such a great holiday. The dead son was lying in the next room, while the host welcomed the guests and did his best not to show his grief.

But then how do we feel when nationalists of the people that Georgians have sheltered on their land, and who in addition repaid their hospitality with black ingratitude, appropriated hundreds of Georgian Orthodox churches, supported separatism and expelled over 300 thousand Georgians from Abkhazia? And who aggressively impose their false myth of some "genocide" on Georgians and are trying to set Georgia against its neighbours? And even the fact that Georgians have the most important and brightest holiday of the year - Easter - does not stop these nationalists.

On the eve and day of Orthodox Easter, Armenian nationalists staged their "mourning" torchlit processions in memory of the "victims of the so-called" Armenian genocide in the Ottoman Empire. This year, it should be recalled, the Armenian church, heretical from the Orthodox point of view, had Easter one week earlier than the Georgians.

These rallies were of an emphatically provocative and xenophobic nature, with anti-Turkish and anti-Azerbaijani slogans. Provocative rag flags of the so-called "Artsakh" were present everywhere. The same one that, we should remind, recognized the "independence" of separatist Abkhazia and "South Ossetia" before Russia did, from where over 400 thousand Georgian refugees (from both regions of Georgia) were expelled and where the real genocide of the Georgian population took place.

In particular, Armenian nationalists attempted to hold an action in connection with the mythical "Armenian genocide" near the Turkish embassy. Here too, along with posters displaying anti-Turkish and anti-Azerbaijani slogans, the rally participants attempted to display rag flags of the separatist so-called "Artsakh. The Georgian police had to remind the rally participants of the inadmissibility of propaganda of separatism, after which the provocative separatist rags were temporarily hidden, albeit very reluctantly. But subsequently, all were also raised above the crowd of fascist nationalists. Elsewhere, in Batumi, Akhaltsikhe and Akhalkalaki, "genocidal" marches were held precisely with separatist "Artsakh" flags.  Often together with the image of the monument in the vicinity of Khankendi "We and our mountains". In Akhaltsikhe, Armenian nationalists raised the flag of Georgia's occupant country, the Russian tricolour.

With this monument, the unscrupulous "Artsakh" separatists, so far operating in the zone of responsibility of Russian peacekeepers in Karabakh, also carried out a provocative action, laying out the letter "Z" with Russian flags in its background. Meanwhile, letter Z has become a symbol of the real occupation of Ukrainian territory by Russian aggressors and the genocide of the Ukrainian people. Gruesome footage of the massacre of civilians in the Ukrainian town of Bucha went around the world. And it is blasphemous, after Armenian nationalists linked their symbols to the Russian aggression against Ukraine, to display them in Georgia.  After all, they are used with clear political overtones, essentially calling for the continuation of military aggression against the sovereign state and the occupation of new territories. 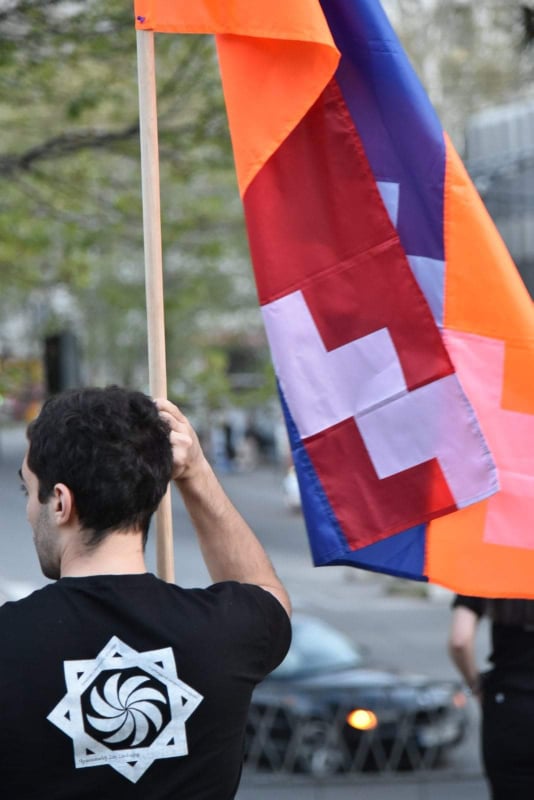 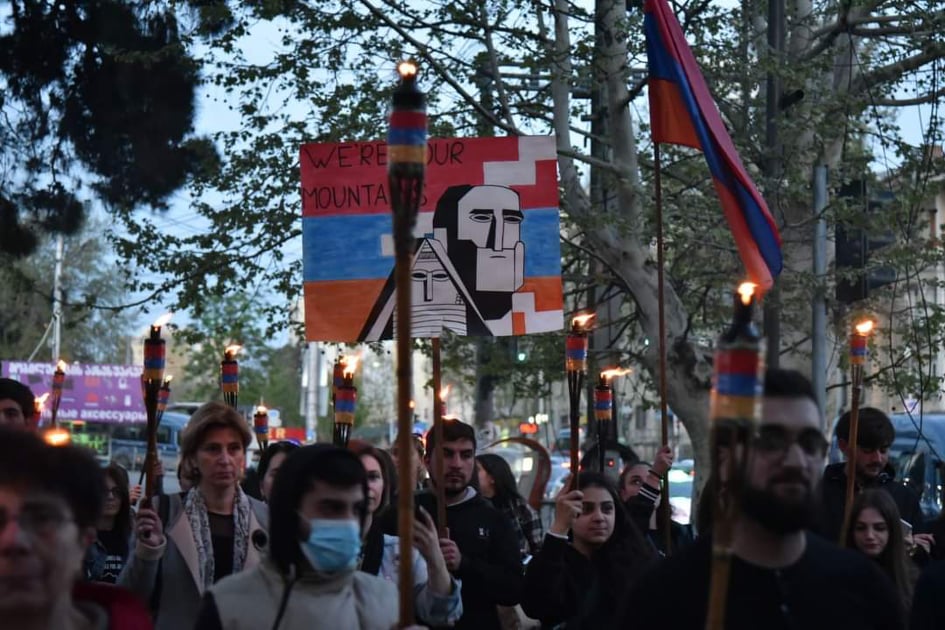 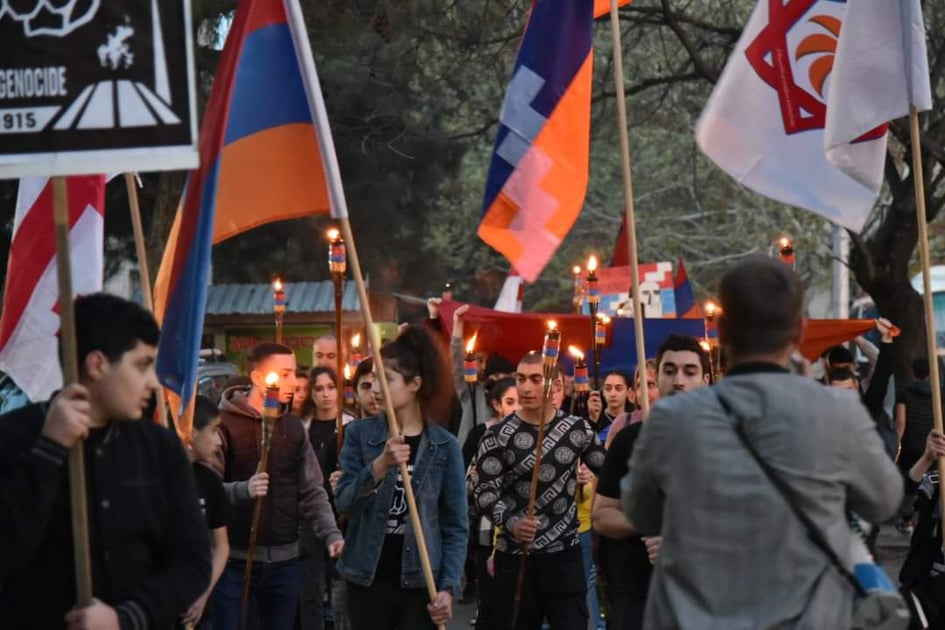 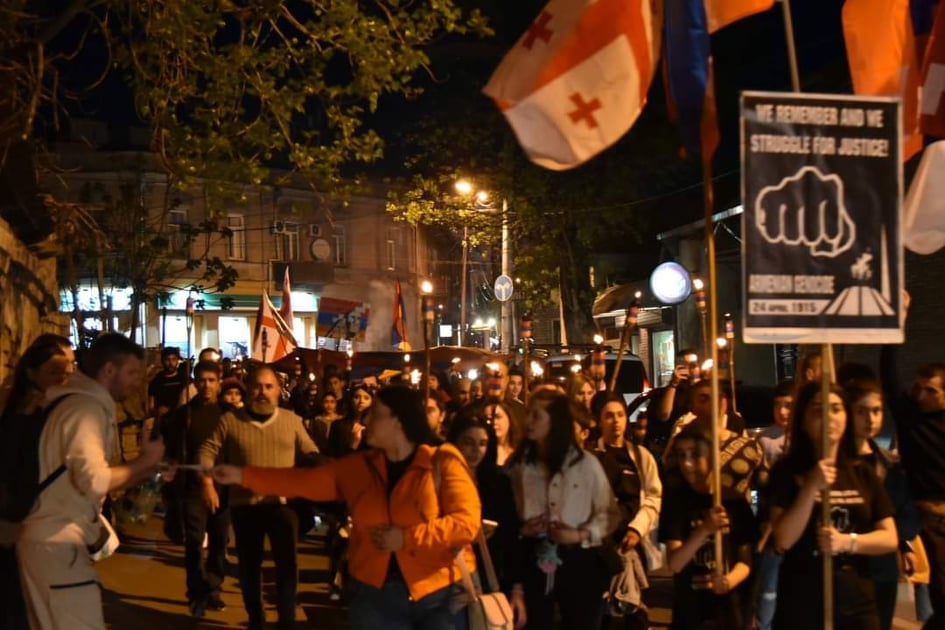 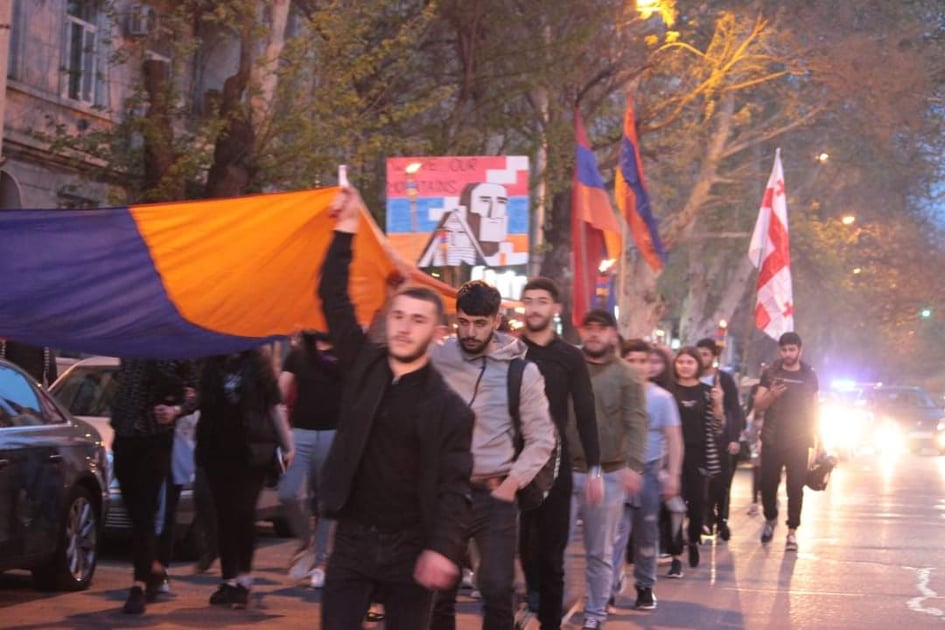 The "flirting" with the Armenian lobby by the US administration, which year after year throws Armenian nationalists a "bone" by referring to the mythical "genocide", also adds insolence to Armenian provocateurs. "Today, 107 years later, the American people continue to honour the memory of all Armenians who died as a result of the "genocide" - this statement by President Joe Biden on April 24, 2022, the press service of the White House issued on the events of 1915. However, the Turkish Foreign Ministry clearly responded to the statement with another "ritual" statement by the US president in connection with the events of 1915:

"Some Western leaders have argued in recent days that the word 'genocide' can only be used after an appropriate court ruling. This is true! However, when these same people, for political reasons, use the word 'genocide' regarding the events of 1915 without a court decision, it is the clearest example of their hypocrisy," Çavuşoğlu wrote on Twitter.

However, if Joe Biden's indulgence in the mythical Armenian "genocide" poses no great threat to the United States itself, it poses a great danger to Georgia, 20% of which is occupied, and where ethnic cleansing of Georgians under the pretext of "protection against genocide" of separatists has already been conducted.

After all, at any moment under the pretext of "genocide prevention" a new aggression can be organized against Georgia.  Georgia can alienate Samtskhe-Javakheti, where Armenian nationalists are working on a new separatist project in the Caucasus.  Just as in 2008 aggression was organised in the Tskhinvali region (under the pretext of "protection of Ossetians from genocide"), and now aggression is carried out against Ukraine.  This aggression and genocide of the Ukrainian population, which is "justified" by the Armenian lobby in Russia, is also carried out under the pretext of "protection from genocide" of the population of Donbas. Although, at the same time, the aggressors have subjected the Donbas city of Mariupol to real genocide.