Russia tearing into the Zangezur corridor? 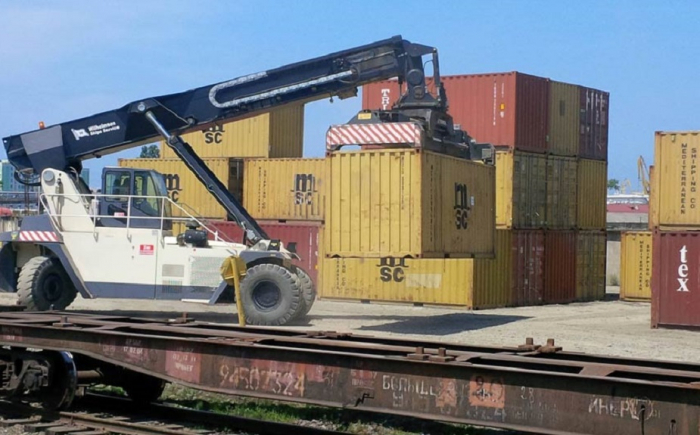 The official visit of the government delegation of the Republic of Armenia to Russia, led by Prime Minister Nikol Pashinyan, on 19-20 April 2022, was marked by a sharp intensification of the process of unblocking transport communications in the South Caucasus. This includes the Zangezur corridor, which the Armenian nationalists did not want to hear about until recently. Now, it is obvious that this corridor is to be. And Russia is not just promoting the opening of this corridor. It is literally "bursting" into it.

Moreover, the very possibility of the first "mastering" Zangezur corridor with Azerbaijan's assistance will enable Russian transport and logistic companies to somehow compensate huge losses because of stopping of cargo transit via Russian territory after RF’s aggression against Ukraine. The Zangezur corridor will enable Russian transporters themselves to obtain a "window to the West" in the conditions of a de facto blockade of routes through Eastern European countries.

The statement comes directly from the deputy head of Russian Railways (RZD), Alexey Shilo, on Wednesday 20 April during the "Expert Club of the ESP (Eurasian Carriers Union)". Aleksey Shilo said, in particular, that his company is concerned about revival of alternative container routes bypassing Russia. We are talking primarily about TRACECA (transport corridor Europe-Caucasus-Asia).

"Of the things that concern us now, I don't know how much other container operators see it - but we are watching closely what is happening around us, and we see a certain resurgence of various alternative routes to bypass Russia.

It is both statements that are being made and figures that we officially see. At least for the first two months almost 3,000 containers have been carried through TRACECA (Transport Corridor Europe-Caucasus-Asia), so-called across the Caspian Sea, Azerbaijan, Georgia. It's not a big deal, but this year our colleagues clearly expect the result to be bigger than last year. If they build normal logistics there - at these prices I think it will be quite an affordable route - we can get part of the volume past our country".- Alexei Shylo said.

But Russia no longer seeks to "bluntly" block the "alternative" route through Azerbaijan and Georgia (and it should be recalled that at one time the Russian aggression against Georgia in 2008 blocked it for a time). Russia simply does not have the strength today "to fight on two fronts". In order to "counteract" the TRACECA corridor, Russia has chosen a more "cunning" policy and Russian Railways intends to load the railway infrastructure of Azerbaijan:

"We are now actively loading the Samur border crossing in order to load Azerbaijan's railway infrastructure, including Russian goods in transit, as well as Azerbaijanian, Iranian and all other directions, so that there is less scope for transporting other cargoes. We believe that this strategy is probably the right one for us as well"., – noted Alexei Shylo.

As for the TRACECA 'counteraction' measures, Russian Railways' strategy is interesting and does not seem to raise any 'objections' from other transporters. After all, it turns out that Russia is not trying to block the alternative route, but on the contrary "to fill it up" with its cargo. Having given, of course, a good profit on transit to Georgia and Azerbaijan.

But the existing corridor will soon be unable to cope with rapidly increasing traffic. It should be taken into account that the war in Ukraine has been going on for less than 2 months. Routes through Russia started to be blocked even later, and trans-Eurasian flows have not yet had time to fully "reorient" to routes through Georgia and Azerbaijan.

Therefore, the launch of Zangezur corridor will be accelerated. The sooner Russia begins to "organize" it and facilitate its launch, the bigger dividends will be paid by Russian carriers, such as Russian Railways.

The Republic of Armenia will also be able to make money from the Zangezur corridor, rather than sit on all positions as a parasite on Russia's neck forever. It is therefore no coincidence that during Nikol Pashinyan's visit to Russia, Armenian Deputy Prime Minister Mher Grigoryan held a working meeting with Russian Deputy Prime Minister Alexey Overchuk on the unblocking of transport communications in the South Caucasus.

"During the meeting the topic of restoration of transport communications in the South Caucasus was discussed within the work of the trilateral working group co-chaired by the Deputy Prime Ministers of the Republic of Armenia, the Russian Federation and the Republic of Azerbaijan," the Armenian Cabinet informed.

It is hoped that with Russia's strong interest in the Zangezur corridor, the process of unblocking communications and signing a peace treaty between Armenia and Azerbaijan will reach the finish line.