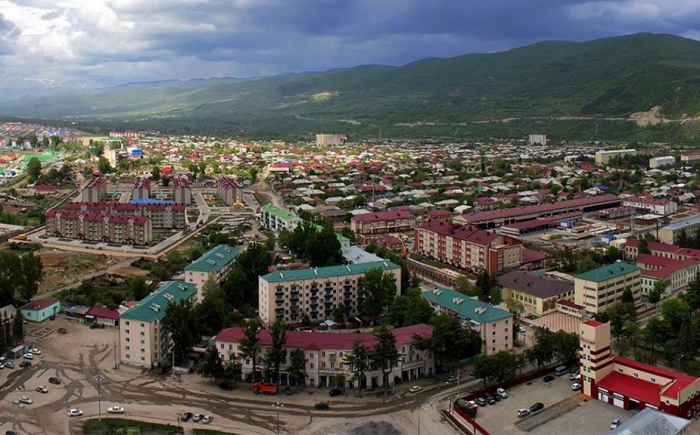 The first round of elections of the so-called "president" of the separatist "South Ossetia" was held in the occupied Tskhinvali region. From the very beginning it was clear that all these elections were a farce organized by the occupants.

Nevertheless, they tried to give them an image of "democracy" and even allowed opposition candidates, along with the current separatist so-called "president" Anatoly Bibilov - a complete puppet of the Kremlin - to participate.

Ultimately, Ossetians, as it is possible under the conditions of the occupation, in these elections made it clear to the occupants that they, firstly, are against sending their youth to war in Ukraine and secondly they are against complete annexation of the Tskhinvali region by Russia.

In fact, it was Anatoly Bibilov who staked his election campaign on full support of Russian aggression in Ukraine and so-called "joining" of the separatist territory to occupying Russia. And real support of the Ossetian population of the Tskhinvali region for such politics depended on how much he would have won in the first round. All the more that the Kremlin propaganda not only immediately picked up the initiative of its Tskhinvali puppet about "a referendum on joining of "South Ossetia" to Russia, but began to actively induce its Sukhumi puppets to the same initiative with respect to Abkhazia.

But another candidate for "president" of the occupied Tskhinvali region and leader of the opposition party Nykhas Alan Gagloev tried his best not to cause repression of the occupants. Of course, he could not declare it directly, but he gave voters a very sly "hint" about his position. On the eve of the elections, he told the Russian news agency TASS that the idea of annexation of the occupied region to Russia at the moment "is not in favour of Moscow".

"When the incumbent "president" (Anatoliy Bibilov) announced the referendum, we together with you witnessed that Georgia from that moment supported the US sanctions against Russia... That is, we see that the steps of the incumbent have pushed Georgia to go against Russia once again," Gagloev said. Also, according to Gagloyev, joining Russia "is not Bibilov's initiative." "Our people have already held a referendum several times, we know the people's opinion on this very well ... Bibilov is dragging our Russian colleagues into this situation, thus discrediting Russia and causing anti-Russian sentiments in the republic," TASS quoted Gagloev as saying.

According to him, annexation of the Tskhinvali region to Russia "cannot be a unilateral decision".

"We are always monitoring Russia's position, and as soon as our strategic partner, Russia, gives a signal, "South Ossetia" and the people of "South Ossetia" are ready to assist the Russian Federation and take a step forward if necessary," he said.

"I believe that the current authorities of the Russian Federation represented by President Vladimir Vladimirovich Putin are still busy with other issues (an obvious allusion to the war in Ukraine, regarding which Gagloev did not share the pro-Kremlin "enthusiasm" of Bibilov), I believe, more serious", - added Gagloev.

Whatever it was, but Ossetians understood "hints" of the opposition. The Kremlin puppet Bibilov who campaigned for sending Ossetians to war in Ukraine and for annexation of the occupied Georgian region by Russia managed to win in the first round, losing to Gagloev. According to the headquarters of the opposition candidate Alan Gagloev beat the incumbent "president" Anatoly Bibilov in the election with 1 300 votes. This is a big figure for the occupied Tskhivali region with a real population of 15-17 thousand people. Especially when one takes into account the fact that all those dependent on the occupants and "dead souls" voted for Bibilov (in the literal sense of the word - probably Ossetians who died in Ukraine and whose losses are hidden by the Kremlin also "voted" for Bibilov).

There will be a second round of elections in the occupied Tskhinvali region, during which the occupants are likely to "add" votes to Bibilov. But the fact remains that, despite the fact that the Kremlin propaganda shouts everywhere about how Ossetians "love Russia and Putin" and how "they are ready to die for them", but in reality Ossetian people are not only tired of the occupation, but they are terrified of the prospect of mass death of their youth in an aggressive Kremlin adventure and total annexation of their land by Russia.