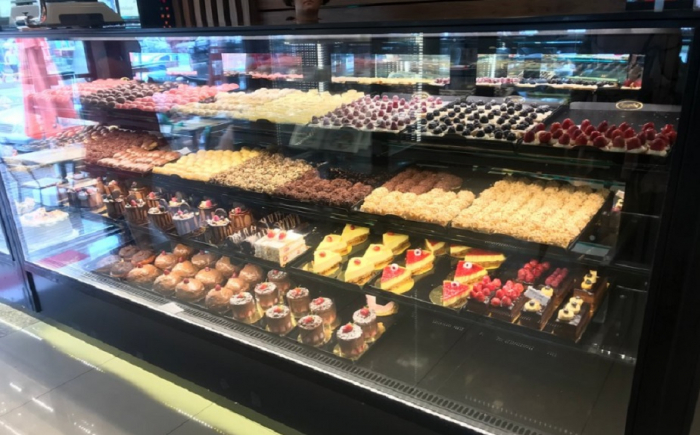 The claims by Armenian nationalists that "Turks and Armenians will never be able to reconcile" are debunked by Armenian nationalist Internet resources themselves. Moreover, such as the separatist Javakhk resource, which in a recent post published interesting information both about attempts of Armenians of Samtsi-Javakheti to transfer their nationalist views and complexes to the Georgian reality and "boycott" Turkish and Azerbaijani goods, and about an Armenian working for a Turkish businessman and quite well living in Batumi (https://t.me/jvkhk1/473 ). Here is an excerpt from that post:

" For instance, I did not bring Azerbaijani "Azertee" for sale, but customers always came and demanded it, I had to start bringing it, although I did not display it in a very prominent place, but I have it nevertheless," adds the salesperson.

If the Armenian No to Turkish campaign had a temporary and partial effect in Javakhk, the Armenians in Adjara felt no impact at all.

As of 2014, 1.64% of Adjara's population is Armenian. There are many Turks who are involved in various businesses, but they are not registered in the official demographic data of the province. The Armenian population has always had direct commercial relations with them. On a street corner in old Batumi there is a Turkish sweet shop, owned by a Turk, but employing an Armenian, Artur Makaryan. Makaryan has roots in the village of Vachiani, in Akhalkalaki district, and his father was born in Batumi. As he himself points out, for many years no Armenian customer has entered their shop.

"I think they don't come here, because of the fact that there is a sign on the shop that says 'Turkish confectionery'. I always try to get Armenians to come into our shop, I am very happy that you Armenians also come into our shop. We have been working with this Turk for a very long time. We have never had any problems," says Artur.

As he points out, during the last "Artsakh" war he and the Turks did not talk about the subject at all, so it did not affect their relationship. Artur says the war did not affect his partner or any trade relations in Adjara."

However, this message, which was distributed by the notoriously Turkophobic separatist telegram channel, speaks volumes. In particular, for example, that the Turkish employer was not at all confused by Artur Makaryan's ethnic origin. Otherwise, he would have refrained from hiring him (finding another shop assistant in Georgia is not a problem, given the high unemployment rate in the country).

The Turkish employer has no intention to discriminate against Artur Markaryan, let alone to "act genocidally". He is so discreet and tactful that he did not talk to him about politics during the Second Karabakh War, although there is no doubt that he was completely on the side of Azerbaijan which was liberating its lands.

Apparently, Arthur Markarian's job with the Turks suits him, otherwise he would have left long ago and looked for another job. So, the tales of "exceptional hatred of Turks towards Armenians" are nothing more than a myth. Both Turks and Armenians can live together peacefully, cooperate and do joint business.

Also, this information about an Armenian working in a Turkish shop radically contradicts the claims of Armenian nationalists that "Turks are conquering Adjara" and they say "there will soon be no place for non-Turks there. A Turkish businessman hired not his compatriot in Batumi, but a citizen of Georgia, and an Armenian. He is creating jobs in Georgia and he is paying taxes here.

If there were no Turkish investment in the shop where Artur Makaryan is working now, he would probably have to look for a job somewhere else. Maybe he would have gone to Turkey, where several hundred thousand of his compatriots work, and who help their families with remittances from Turkey.

It is high time for Armenian nationalists to get rid of their myths, complexes and stereotypes and get involved in normal human life. And do not obstruct the normal life of other peoples, do not quarrel with them (as provocateurs are trying to quarrel with Georgians and Turks), and do not exterminate whole peoples by seducing them into separatism (as they have already done with Abkhazians and Ossetians).

One should also realize that Turkey as a country always exists and will always exist, it will not give its territories to anyone on the basis of some ancient myths and will not repent for the mythical "genocide". Just as the Turks today do not require the Armenians to repent for the very real terrorism of their organisations, confirmed by documents and court verdicts.