"Crimea is ours" or "Maritime Armenia" 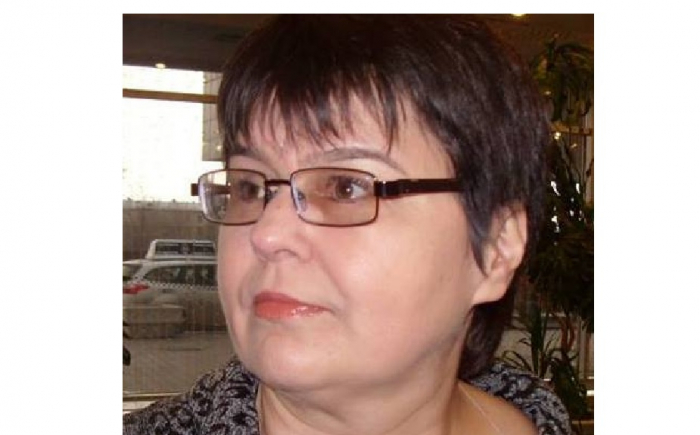 An expert group representing Russian political scientists, economists, lawyers and veterans of law enforcement agencies completed a comprehensive study in the Rostov Region, Krasnodar Territory and Crimea. The study focused on the activities of Armenian organised crime groups (OCGs), the level of their involvement in local business structures and corruption schemes. Armenian gangs are known to be the largest ethnic organised crime group in Russia. In addition, a content analysis and expert survey was conducted to determine the presence of separatist sentiments within the Armenian diaspora. Namely, demands for the "return of ancestral lands" on the territory of the Russian Federation. Such statements were repeatedly voiced in the media and other public space.

Head of the expert group, doctor of political sciences, State Councilor of the First Class, former head of the CIS and Baltic States Department of the Russian Foreign Center under the Russian Foreign Ministry Tatiana Poloskova told our publication that some of the results of the study were published in the Azerbaijani media. The presentation of the results is expected in Baku in January 2022. A book on the results of the expert survey and content analysis will also be published in Russia in 2022.

Leader of the expert group Tatiana Poloskova responded to our publication's questions regarding the results of the monitoring of the Armenian diaspora in Crimea and, more generally, the situation on the peninsula.

- The Armenian diaspora's influence on life on the peninsula has increased dramatically since 2014. And it is not just a matter of increased migration, including from Armenia, but also from Karabakh after Azerbaijan's victory in the 44-day war. I would like to stress that on almost the second day after the referendum, a "landing force" of Armenian businessmen from Moscow and other Russian cities arrived in Crimea, going around the hotel and restaurant business facilities to see if anything was urgently for sale. As a result, the role of the Armenian diaspora in Crimea's economic life has sharply increased in recent years.  But Armenian diaspora controls not only leading branches of the resort towns; it is widely represented in administration (the representative of Crimea to the president of Russia is also an ethnic Armenian), science and education. And in public life. On the websites of Armenian NGOs in the Crimea, the idea is openly held that the Crimea is the land where the Armenians were the first to settle (back in the 6th century AD), later there was a "great state" - Maritime Armenia with its capital in Cafа (present Feodosia). Furthermore, neither local historian has confirmed this to me, apart from the Armenians, of course. Cafa was a major Genoese port. Armenians lived there, but by no means ruled the territory. The websites of these NGOs also state that assistance to 'Artsakh' is the most important task of Crimean Armenian foundations. Moreover, among the leadership of these foundations are local MPs (former Ukrainian MPs) who have admitted Crimea to Russia, but do not seem to accept the decision of the Russian authorities regarding Karabakh.

There is also an active discussion about the rehabilitation of Armenians deported from the territory of Crimea for collaborating with the Nazis. And there were not a few of them; Garegin Nzhdeh's structures were also active in the territory of Crimea. They were slow to return, did not provide proper conditions, etc.

To reiterate, the Armenian diaspora is forming its own agenda in Crimea.  But the official authorities do not see this as a threat. But they do. The task of my expert group is to present these risks to the maximum publicity and bring them to the attention of the competent structures in Russia.

Did the Russian authorities succeed in building an "earthly paradise" on the territory of Crimea? The answer is that there has always existed an earthly paradise in the Crimea, in terms of climatic conditions and natural landscape.

During this trip I spent my free time on jeep tours in the mountains. It is very beautiful and full of artifacts of different epochs. There are also so-called places of power. But from the economic side up to paradise the Crimea does not reach yet. The population complains about the lack of jobs, low wages and high prices. The sanctions do not add to optimism either. Telegrams and Skype practically do not work (or work intermittently). Internet connections are very poor. In short, local residents were expecting more in terms of the improvement of Crimea.

There are even more unpleasant things for the local population when, contrary to legal requirements, lands on the first line of the sea are bought and developed for residential buildings, the status of nature reserves is changed to National Parks, and they start to develop and sell them for cottages. There are examples when expensive hotels, registered in the name of fictitious persons, have actual owners in Ukraine. Or even among local officials.

However, many Crimeans who remain on the peninsula do not want to return to Ukraine, explaining that under the previous government Crimea was a stepchild, poorly financed and its population considered "separatists and unreliable". But frustration matures from Russia as well. Many were unaware of the scale of corruption in Russia, for example. Also, I was personally infuriated by the hysterical tone of the news channels, with threats that the Ukrainians or all of NATO would attack at once. And appeals such as "get the kids off the screen" and so on.

And all this in the morning hours!!! This is not professional.

I can't say anything about passports and citizenship - I haven't studied the subject. But the fact that immediately after the referendum the land was voluntarily and forcibly taken away from the citizens of Ukraine to the municipalities, where, for example, their hotel on the sea was. This is true.

There are different sentiments among Crimean Tatars. There is frustration. And it is growing. It's positive that the Crimean authorities don't hinder the building of mosques. But I am very disappointed that the Ministry of Justice has closed down even those Crimean Tatar organisations that in 2014 unanimously supported Crimea's annexation to Russia.

And quite frankly, ethno-politics on the peninsula is full of pathos and propaganda statements, but lacks professionalism and focus on the future.

And the thesis "Crimea is ours" is just a propaganda slogan. In reality, the situation is much more complicated. Crimea has survived many eras and state formations. Even long before the Russian Empire appeared there. And nothing is eternal.