The Vatican initiates Armenian-Turkish reconciliation: why does it need it? 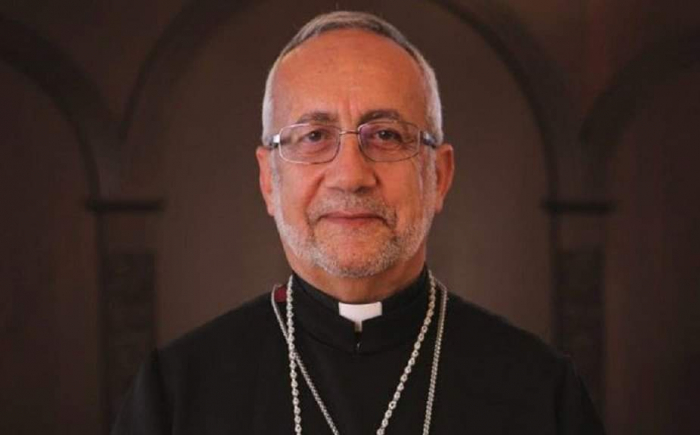 Circumstantial, but it is becoming clear who is now becoming one of the main initiators of reconciliation between Armenia and Turkey among the global "first tier" players. It is, first and foremost, the Vatican.

This is exactly how we should look at the statement of the Armenian Catholic Patriarch Raphael Bedros XXI Minasyan in his interview to the Italian portal Asia News on December 13, 2021 who said that the Armenian Catholics support the idea of unfreezing Armenian-Turkish relations. This statement was the first reaction of a "high-ranking" Armenian of international rank to Turkish Foreign Minister Mevlut Cavusoglu's words about the imminent restoration of Turkey's relations with Armenia.

On 13 December 2021, the Turkish Foreign Minister Mevlut Cavusoglu announced that Turkey and Armenia would soon appoint special envoys to normalise relations, and that charter flights would be opened from Istanbul to Yerevan. And while Armenian revanchists and ultra-nationalists took this statement hostilely and began to remind of the notorious "genocide", Rafael Bedros XXI Minasyan was very positive and peaceful.

According to the Armenian Catholic patriarch, the Armenians are "a peaceful people and want peace" and in this vein he sees a diplomatic initiative implemented by Yerevan and Ankara, with the mutual appointment of representatives to negotiate the resolution of relations.

Rafael Bedros XXI Minasyan also explained that talks on re-establishing relations between Armenia and Turkey should be "without preconditions", i.e. without Turkey's recognition of the mythical "Armenian genocide". He added that the Armenian diaspora "has the full right" to demand recognition of the so-called "Armenian genocide". But not for "material compensation" but as a "moral debt" to those who "lost their lives". Simply put, you can continue with your "genocide" ritualistic and meaningless claims if you like, but there will be no legal implications or relevance to reality.

Obviously, Rafael Bedros XXI Minasyan would never have made such statements without the agreement of his "superiors", namely Pope Francis. In this regard, the recent "conciliatory" interviews of the long-time "Vatican man" in Yerevan, Armenian President Armen Sarkisian, about which Caucasus Plus has already written in the article "Armenian President Armen Sarkisian is an "indicator" of the attitude of global players to separatism", becomes more understandable (http://kavkazplus.com/news.php?id=34473 ). Armen Sarkisian is Armenian Catholic, was Armenia's ambassador to the Vatican and no doubt pursues his policies largely in the interests of the Vatican.

The election of the same Patriarch Raphael Bedros XXI Minasyan most recently in September 2021 was a "landmark" election.  Raphael Minasyan had been ordinariate of Eastern Europe and titular archbishop of Caesarea of Cappadocia since June 24, 2011 and had "supervised the Armenian Catholics of Armenia, Georgia, Ukraine and Russia. In this capacity, by the way, he was the initiator of illegal "official" demands to transfer 23 Georgian churches to the Armenian Catholics in Georgia "in addition" to 442 churches, which Echmiadzin demanded in Georgia. Rafael Minasyan has also long held strongly anti-Turkish and anti-Azerbaijani positions.

Now Rafael Bedros XXI Minasyan has become the first Armenian cleric to openly lobby for the reconciliation of Armenia and Turkey and there is no doubt that Echmiadzin, where the influence of the Vatican is growing and the "old guard" of fervent nationalists and revanchists is diminishing, will also be forced to win the process in the end.

But the question remains: Why does the Vatican need peace and normalization of relations between Armenia and Turkey right now? Obviously, the popes, who are ready to sacrifice millions of lives for their political games, think only of the "good of the people". But the "change of geopolitical configurations" in which Turkey's role is growing not only in the Near and Middle East, but also in other regions of the world, makes the Vatican "adjust" its policy.

The previous policy of weakening Turkey and creating a hostile environment around it is likely to be abandoned for the time being. It seems much more profitable to bet again on the growing influence of supporters of "cooperation with the Vatican" in Turkey itself. And here the Armenians are a "centuries-old" tool for the Popes. The Vatican is well aware that before the "Armenian project" was adopted by the Western powers to break up and dismember the Ottoman Empire, it was through the Armenian community, favoured by the sultans, that the popes could influence Turkish politics.

By the way, even today the Armenian community in Turkey is very rich and influential. In addition, it must be taken into account that hundreds of thousands of Armenians come to Turkey, and it is not only those who go to work from poor Armenia, but also rich businessmen from Russia.

Furthermore, the Vatican is very well aware of the prospects of developing transcontinental Eurasian links through Turkey and the South Caucasus. And here, an Armenia that takes a constructive stance and does not interfere with the main transit routes (and in the case of the Zangezur corridor has become part of those routes) could benefit more from "its agent of influence" than a completely isolated, small, aggressive, impoverished and "perpetually warring" Armenia.