France is being dragged into the "game" against the Zangezur corridor and the unblocking of communications. 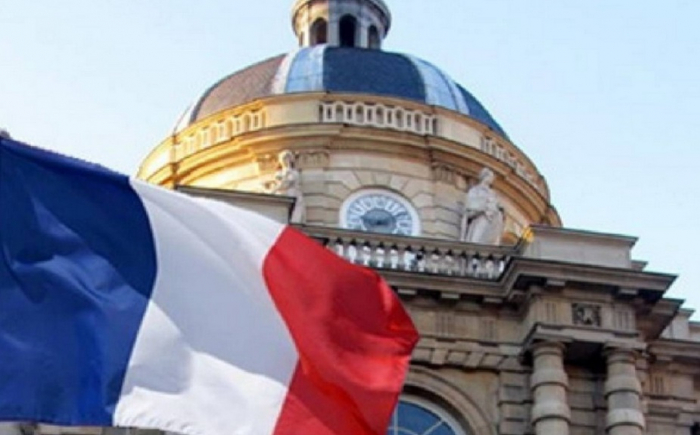 The frigate D654 Auvergne is a 6,000-tonne multi-purpose ship with missile and artillery armament. It was launched in 2015. The main armament of the ship is an anti-ship missile system consisting of eight Exocet MM40 Block3 launching containers, as well as 16 cruise missiles with a range of up to 1,000 km. Naturally, most analysts immediately linked the entry of the warship by France, as a NATO member state, to the aggravation of relations between Ukraine and Russia.

However, it is likely that things are not that straightforward. And it is very likely that France is simply using the Russian-Ukrainian conflict as an excuse to "quietly" increase its military presence in the Black Sea basin, but its interests are quite far from Ukraine.

The fact is that the process of unblocking of communications in the South Caucasus, primarily the Zangezur corridor, is "coming to the finish line". This process will go in parallel with the normalization of Armenian-Turkish relations, as a result of which Armenia will automatically stop playing the role of "anti-Turkish counterweight" in the region and will start cooperating with Turkey and other neighbours.

The fact that special representatives have been appointed to discuss the normalisation of Armenian-Turkish relations also demonstrates that this process will begin in the near future: Turkish Foreign Minister Mevlüt Çavuşoğlu noted in this regard:

"We coordinate all issues with Azerbaijan and make a decision together. We appoint special representatives, not ambassadors. In the future, if things get better, if Armenia shows that they have learned the lessons of the past, if they prefer peace and tranquillity, the embassy can be opened as part of this normalisation process. We will take a decision on this together with Azerbaijan."

It is clear that the front lines and divisions in the South Caucasus are being erased and normal peaceful development and cooperation are beginning.

France's place here, especially in terms of divisions and "playing on contradictions", is not particularly visible (although, for example, no one stops France from helping to restore with its investments the Azerbaijani Karabakh, ruined by years of occupation), nor is the Yerevan-Tehran tandem, which is linked to France, directed against strategically important Eurasian transit routes through the region.

At this point in time Russia has taken a constructive stance and is not impeding the peace process, as shown by the meeting of the presidents of Russia, Azerbaijan and the prime minister of Armenia on 26 November 2021 in Sochi. The meeting between Ilham Aliyev and Nikol Pashinyan in Brussels, however, should bring the settlement process itself to the finish line and make long-term and lasting peace irreversible. Therefore, those who oppose a settlement in the South Caucasus are feverishly trying to use France and the "French factor" to obstruct the unblocking of communications and the establishment of peace. All the more so since the Armenian lobby is strong in France and there are politicians furiously lobbying for Armenian nationalist and revanchist interests.

Thus, Valeri Boyer, deputy chairman of the France-Armenia friendship group of the French Senate in a conversation with the press service of the National Assembly (Parliament) of the Republic of Armenia, has agreed that the desire of Turkey and Azerbaijan to unblock communications and establish peace in the region "is the continuation of unpunished genocide". The French senator has made a provocative statement demanding, in fact, the reanimation of the separatist "Artsakh" in the Azerbaijani territory and a new occupation of Azerbaijani lands:

" The current situation in Armenia is unacceptable to the international community. The conflict is frozen, but not solved. now Azerbaijan's attempts to ignore the Minsk Group are unacceptable. Today they are trying to turn the Minsk Group into a platform to clarify relations between Armenia and Azerbaijan. The goal is to strangle Armenia by cutting off the only border with Iran. There are many opponents of my point of view, and many will try to make seemingly serious counter-arguments, but I am not interested in them.

This is a continuation of genocide with impunity. We have various tools at our disposal to influence the situation.

The first one is diplomatic: on November 25 of last year the Senate and on December 3 the National Assembly passed resolutions recognizing "Artsakh".

The second one is the creation of a friendship group with Artsakh, which will give us an opportunity to speak about "Artsakh" and its legal status.

We also have other instruments within the EU.

France, which is a member of the Minsk Group, must come out of neutrality and look at the situation objectively. Otherwise, an equal sign is put between the aggressor and the victim of aggression, the one who commits genocide and the one who is subjected to genocide.

Very soon the presidency of the EU will pass to France. As the EU Presidency, France will have various tools at its disposal.

It is unacceptable for a NATO member state to attack not only Artsakh, but Armenia as well. Of course, the tools at our disposal are limited, but when there are issues related to human rights, prisoners of war, cultural heritage, it is a matter of honour for us to use them as much as possible." – Valérie Boyer stated.

On the basis of such statements, France's military build-up "in the vicinity" of the South Caucasus in the Black Sea is understandable. Even "under the cover" of NATO's concerns about a possible war between Russia and Ukraine.

The more so as the missiles with the range of up to 1 thousand kilometres, carried by the French frigate Auvergne are quite capable to reach the area of Zangezur from the Black Sea.

Definitely, this does not mean that France will enter the war on the side of Armenia. France, in general, has been fighting with "foreign hands" of late. Including Russian ones, hiring Russian PMCs to "resolve issues", including in its former African colonies.

However, to provoke destabilisation and new conflicts by "reassuring" the provocateurs with its military presence is perfectly possible for France. To then essentially freeze these conflicts again as a "mediator" for years to come (as was the case with the OSCE Minsk Group on Karabakh).

France, which is rapidly losing its former 'superpower' status even in the 'French fiefdom' of Africa (with Turkey's influence growing here) is quite capable of supporting adventures in the South Caucasus. All the more so because the revanchists and political adventurers within Armenia, who are betting on a renewed war, are very strong and are not even frightened by the fact that it will end in a new catastrophe for Armenia.