The fascist "Armenian Eagles" are ready to fight alongside Russia... against Georgia? 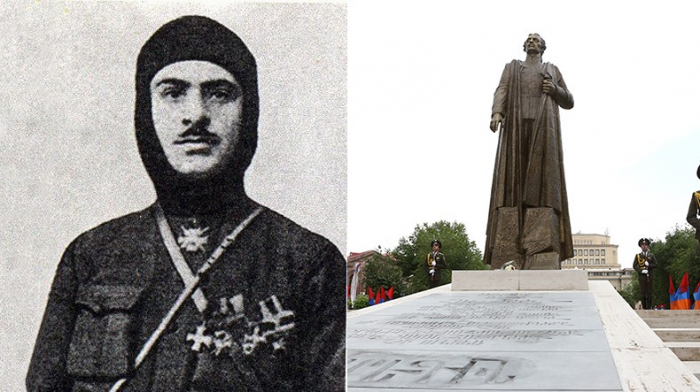 On December 10, 2021, the Russian "patriotic" media began to replicate a statement by the leader of the "Armenian Eagles - United Armenia" party Khachik Asryan that "Russia's enemies are our enemies, ready to fight together with the brotherly nation". This is what "friends and brothers" Russia has among the "ancient Armenian people". There is an urgent need to help the Armenians!

The statements of the former Deputy Minister of Sport and Youth Affairs under Presidents Kocharyan and Sarkisian, Colonel Khachik Asryan of the Armenian Armed Forces, were "propagandistically timely". The Russian Federation is currently very concerned about NATO enlargement and the prospect of Georgia and especially Ukraine joining it, with which relations are close to open warfare. And at this moment, when Russian patriots are feverishly looking for "allies" - they suddenly "pop up". The leader of the "Armenian Eagles" thundered that Armenia should conduct its foreign policy exclusively in alliance with the Russian Federation with the "Christian brotherly Russian people":

" We should turn the impossible into possible, contributing not only to the constant strengthening of Armenian-Russian friendship, but also improving the military-political and economic cooperation between Armenia and Russia. If the brave detachment of "Armenian Eagles", which since the beginning of the war unleashed by the Turks against "Artsakh" and Armenia in autumn 2020, defended and kept intact the "Artsakh" cities of Martuni and Chartar as well as the neighboring villages at the cost of their lives for exactly one month, is always ready to fight within the Russian armed forces. Russia's enemies are also our enemies", — Khachik Asrian declared.

However, how does Khachik Asrian's "Christian brotherhood" with Russia fit in with his unconditional support for Russia's annexation of Ukrainian Crimea is beyond comprehension. Are the Ukrainians not Christians? And why are Armenians "more brothers" to Russians than Ukrainians (who are practically one people with Russians)? Because they foment and provoke separatism and redraw borders everywhere?

Even more interesting is the personality of the "chief Armenian eagle" (who today is more like a rooster by his loud "propaganda cackling") Khachik Asryan.

The young Khachik Asryan created the youngest militant (or rather neo-Nazi attacker) group "Garegin Nzhdeh's Wolf Pack" in Zangezur in 1991, consisting of young men aged 15-18 who were trained in the Tatev and Khalidzor training camps. In 1991-1994 he participated in the first Karabakh war with a detachment of 'Garegin Nzhdeh's Wolf Pack'. Khachik Hasyan is also the founder of Nzhdeh Prize annual competition and Garegin Khachik Karate open annual youth karate championship which is held in 2003. Garegin Nzhdeh.

Hence, he is perhaps the most ardent neo-Nazi and follower and admirer of Garegin Nzhdeh, a Nazi criminal. And at the same time, most likely, his "chief" Adolf Hitler. And this fascist declares "brotherhood" with the Russians and readiness to fight together with the Russian against the "enemies of Russia". About the visibility of those that the current neo-Nazis will point to. How this coincides with the fact that his idol Garegin Nzhdeh fought with Russia and killed Russians is unclear.

Millions of Russian soldiers who gave their lives in the fight against Nazism, as well as millions of victims killed and tortured by the Nazis, including Nzhdeh and his Sonderkommando are probably turning over in their graves when their descendants, pretending to be "Russian patriots", in particular from Tsargrad TV channel, admire the follower of a Nazi thug. And none of the Russian "hooray patriots" who were so enthusiastic about Khachik Asryan's words about "brotherhood with Russia" and even earlier about the readiness of Armenians like him to volunteer for the Russian army in case of war with the "common enemy", ask him a question: how does this combine with his outright worship of Nazism and the Nazi Garegin Nzhdeh?

Khachik Asrian was eagerly quoted by Eurasia Daily, which is known for its Georgiaophobia. And in general, Khachik Asryan has lately been focusing on Russia's forthcoming military conflict with NATO and the countries that are going to join NATO, mentioning Ukraine as an "enemy" in the first place.

However, Ukraine is far away from Armenia. There is another NATO aspiring country next door, Georgia, which the Armenian provocateurs have listed as Russia's 'enemy'. Apparently, it is in alliance with the Russian military force that the likes of Asrian are going to "solve the Javakhk issue" (annexation of Georgian Samtskhe-Javakheti to Armenia). Since their 'Artsakh' adventure failed, here is an attempt to increase Armenia's territories at the expense of the Azerbaijani lands of Karabakh.