The "Karabakh clan" and the "Artsakh" separatist Dashnaks have set the Armenian people back hundreds of years civilisationally, economically, socially and demographically 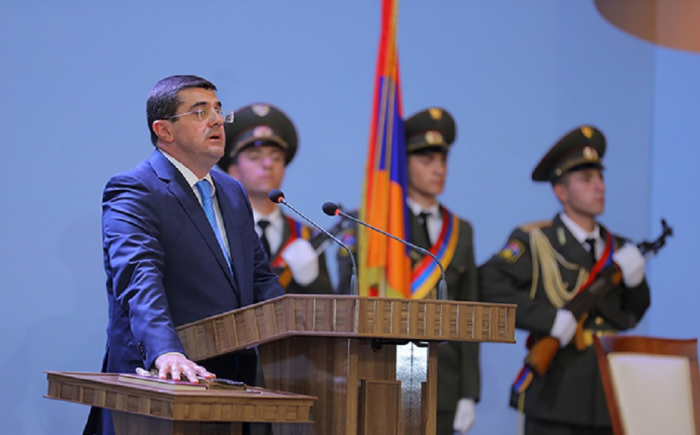 The further on, the more information is made public about the crimes of the 'Karabakh clan' and the 'Artsakh' separatists. Armenians themselves reveal these facts and some of them initially shock the public. It turns out that the so-called "Armenian patriots" with general ranks did everything to kill as many Armenians, Armenian soldiers as possible. And they were looting Armenian houses, torturing and bullying Armenians.

In principle, there is nothing surprising about this. Separatism always leads to "dehumanization" of those who bet on it, inventing fake "states" and engaging in ethnic cleansing, looting and looting. Once they start with "outsiders", they cannot stop and sooner or later begin to destroy "their own".

These are the conclusions that can be drawn from the videos published recently by renowned Yerevan journalist Roman Baghdasaryan, which had a huge resonance in Armenian society:

In principle, the process of " revelation of the truth" to Armenian society, which has been living a lie for decades, is reasonable. So is the exposure of those who have deliberately planted these lies. The same Roman Baghdasaryan in his videos provides very eloquent facts on how the former "authorities" led Armenia into a civilisational dead end.

Roman Baghdasaryan reveals blatant facts of crimes committed by the "Karabakh clan" and "Artsakh" separatists against their own, the Armenian people.  In his video clips he tells how during the 44 day war the "Artsakh" generals and officers threw soldiers to their certain death. He also describes how Armenian generals looted the city of Hadrut on the eve of its capture by the Azerbaijani army, how 11,000 "contract servicemen" from the so-called "Artsakh Defense Army" fled Karabakh and how the separatist "Artsakh" top brass appropriated the aid they sent to the Armenian army.

In other words, the "heroes of Artsakh" in practice turn out to be commonplace cowards, scoundrels, murderers and looters. And it turns out that the Armenian people allowed themselves to be led by them. It could not but end in disaster.

The Echmiadzin religious organization called "Armenian Apostolic Church" (AAC), which has degenerated into a fascist nationalist sect, has also lost the trust of the Armenian people.

In his video Roman Baghdasaryan says:

Thus, the authority of Catholicos Garegin has fallen "below the peg". He is not even approached to ask for a blessing.

And how Echmiadzin got to this situation gives a partial answer, telling about Archbishop Pargev Martirosyan, who headed the so-called 'Artsakh Diocese' of the AAC:

"When Shusha was captured in '92, Father Pargev was deciding who should be given the Shusha houses. Who are you, how can you, Father, go into Azerbaijanian flats and distribute them left and right? Who are you? How can you, if you are a "father", distribute Azerbaijani flats according to your own division: a two-room flat to this one and a three-room flat to that one? Can a "holy father" touch flats where Azerbaijani children were laughing, where a woman gave birth to her child? Why did you do this...".

It is obvious that looting and sharing loot has absolutely nothing to do with Christianity. And Armenians, for the most part, know this. It is therefore not surprising that the "spiritual authority" of the Echmiadzin leadership has long been absent.

In his video Roman Baghdasaryan refers also to Serzh Sargsyan's flight on a state plane to the casino in Baden-Baden, when he became president of Armenia. This episode alone is a good indicator of the moral level of the separatist, "having got to the power and wealth".  The journalist also speaks about torture in Shusha prison, where the "Artsakh" separatists kept young Armenians as hostages, demanding "ransom" from their parents, and banally killed those for whom they could not, or did not want to pay.