"Moscow Armenians" as a diagnosis 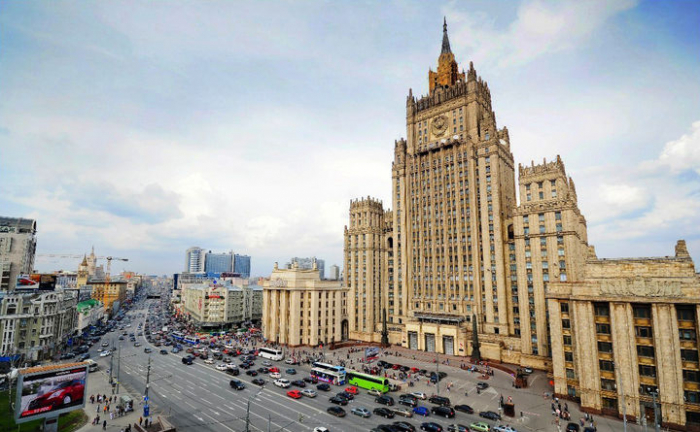 Among all the various Armenian diasporas around the world, both in terms of numbers and the degree of cohesion, the Russian Armenian diaspora, and especially the so-called "Moscow Armenians", become increasingly resented by Armenians living in the Republic of Armenia. This is not to say that this category of Russian citizens (all of whom have Russian citizenship) is not perceived very well by the native Russians themselves.

What lies behind this attitude?

Where these interests overlap (or the Armenian lobby tries to persuade the peoples concerned to have them overlap), some assistance may be possible.

As a rule it is purely moral. At most a mention of "genocide" in words. The Armenians in these countries are usually not poor people, but they do not determine the political situation.

At the meantime, if Armenians of the Western diasporas want to help "Armenian Armenians", they help with money. And they give more money than advice. They do not usually teach the Armenians of Yerevan 'how to live' and 'how to love Armenia', being well aware that both the living conditions and the geopolitical situation there are different from Marseilles and Los Angeles.

Russia is an entirely new matter. The Armenian diaspora in Russia is unrivalled in its influence and ability to manipulate the Russian authorities. In Russia, Armenians have long been an "elite" ethnic stratum. They behave here as "masters", especially in Sochi and the Krasnodar region. However, the Armenian diaspora in Moscow also considers itself entitled to determine the policy of Russia and to decide the fate of Caucasian peoples. At that, its priorities are unambiguous: first, the excessive hatred towards Georgia, and second, betting on rabid nationalism and revenge-seeking in Armenia itself.

The hatred towards Georgia might well be understandable. Moscow Armenians cannot reconcile themselves to the fact that between Russia, where they feel like "masters", and the Armenian state, there is a country with one of the best climates and natural conditions in the Caucasus, but it does not belong to Armenians. And they are literally enraged by the fact that those Russians who have communicated with both Armenians and Georgians treat Georgians better than Armenians and consider them a people closer to them (and this is true, if we consider common faith - Orthodoxy). Therefore, the number one task of the Armenians in Moscow is to sow Georgianophobia and hatred of Georgia, and they, alas, have succeeded in this case.

And with vindictiveness, from the point of view of Armenians in Armenia themselves, the attitude of the Armenian diaspora from Moscow is very unpleasant. Especially in terms of the families who lost their sons in the last war. Wealthy and prosperous Moscow Armenians are calling them back to war "until the end of the war" and reminding them of the "Wilsonian", "Sevres" and other "great Armenians". Although in reality, the sons of Armenian Armenians end up with a piece of land measuring 2 meters by 1 meter, and only if the authorities, at the instigation of the same Moscow Armenians, who underestimate losses, give the parents the body of the dead soldier.

Indeed, drawing maps of a " Great Armenia" while sitting in Moscow and enjoying money is much more convenient than being in a country blockaded from all sides by poverty. Where, unless you belong to the 'elite', it is virtually impossible to earn money to feed your family decently. And most importantly, it is impossible to 'tell off' Moscow's Armenian 'advisors'. After all, they are "benefactors"!

People lost everything, moved to Armenia and here their life is more hopeless. Here there is a chance, if not to return "everything as it was before", then at least to reconcile with their neighbours and break the blockade. But the Armenians in Moscow begin to shout most of all about the "unacceptability of betrayal" (which they refer to the opening of transport corridors) and "readiness for war".

The cynicism of the situation is all the more evident because Armenians in Moscow themselves are happy to go to the most fashionable resorts in "hated" Turkey (their income allows them), but the Armenians of Yerevan are forbidden "to even think" about moving from Yerevan to the other side of the Arax River.

And now, it seems, the Armenians in Moscow have begun "harassing" both Armenians living in the Republic of Armenia and representatives of the Armenian diaspora in other countries with their revanchist nationalist advices.

Here, for example, is a video of the Yerevan blogger Roman Baghdasaryan with political scientist Ruben Mehrabyan. They were on air discussing Armenia, the crimes of the Karabakh clan and the Armenian Russian diaspora, and giving it unflattering characteristics:

The key point in this video is Ruben Meghrabyag's words to the Armenian diaspora in Russia:

«If you don't live in Armenia, if you're not a taxpayer in it, a non-military person, then what do you care whether the government is good or bad, what the name of the Prime Minister is, whether the Prime Minister does the right thing or the head of the housing maintenance department somewhere or the wrong thing. What business is it of yours...? I don't want to say rude things but let us decide for ourselves who is good, who is bad who is right and who is wrong...

Can you help? Please, we'd appreciate it! No, I'm sorry, we can decide for ourselves what is good and what is bad. Yeah and leave us alone!  If we need your advice, we'll ask you specifically...

But they are sitting there from Moscow, from their sofa, telling us how to love our country.».

The Armenians living in the South Caucasus decide for themselves how to continue to live and co-operate with other peoples. Wars, separatist projects, redrawing borders lead Armenians to death and exile, and many in the Republic of Armenia are beginning to realize this. I would like the rich and powerful Armenians in Moscow to finally understand this, so easily juggled with the fate of others.