How many Armenian citizens are now employed in Abkhazia? 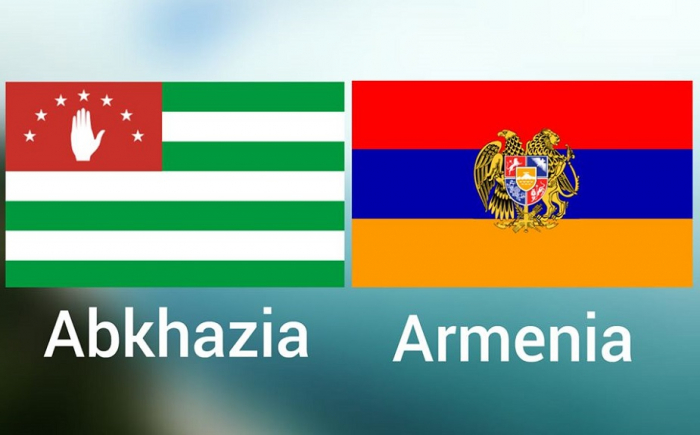 The separatist Abkhazia is gradually being forced to admit that a significant number of citizens of the Republic of Armenia have settled on this occupied territory and are actively " developing" there. Although the separatist journalists are reluctant to recognize this fact.

"Armenian citizens, according to Eduard Gamisonia, are now working in Abkhazia around 700-800."

It is precisely this very "approximately" that raises big questions. All the more that the article itself says that "approximately three thousand foreign nationals are now lawfully working in Abkhazia. That is, if 800 Armenians are taken out of the 3 thousand, it turns out that everyone else - Uzbeks, Tajiks, Koreans, Russians, etc. account for a maximum of 2,200. That is, even if we take these figures, the number of workers with Armenian citizenship in separatist Abkhazia should not be less than that of Uzbeks. And it is strange why then almost no attention is paid to this category of citizens.

And the fact that only 700-800 Armenian citizens are working in Abkhazia today is clearly not true.

For one thing, this figure is clearly outdated and refers to the period before the second Karabakh war, when there was not yet a mass influx of Armenian settlers into separatist Abkhazia and they were easily "lost" among local Armenians. But today everything has undergone changes. Tens, if not hundreds of thousands of ethnic Armenians moved to Abkhazia for permanent residence both from the abolished separatist "Artsakh" and from the Republic of Armenia. This is not to mention Armenians from Krasnodar and Stavropol territories who have Russian citizenship and are listed as "Russians".

And how many Armenian citizens are now living in Abkhazia, one cannot say with any certainty by the separatist authorities. All the more that, as a rule, they do not need "official permits" to work. Armenians that come to Abkhazia find work or do business together with Armenians of separatist citizenship who control almost the entire economy of the separatist territory. And they hire the same Uzbeks, Tajiks and North Koreans. So, the number of Armenian citizens actually working in the separatist territory should be increased by at least an order of magnitude. And if we take into consideration those who have both Armenian and Russian citizenship and have crossed the border as a "Russian citizen", the number should be increased by 2-3 times.

And secondly, for one " employee" in the separatist territory an Armenian has at least 3-5 non-working members of his family whom he moved to the separatist Abkhazia. The same applies to those working "unofficially" or "engaged in business".

Therefore, if you add up all these categories of Armenian citizens who moved to occupied Georgian Abkhazia, their number will be much higher than the number of Abkhazians themselves, who are left in the best case, 60 thousand and who even before were inferior to Armenians.

And what about Abkhazians? Their Armenian "masters of life" are deliberately corrupting them with idleness and parasitism.

There is a dialogue in the same article by Vitaly Sharia:

"One of our local newspapers published a story about ten years ago: a young man, an Abkhazian, went to Sochi to work as a labourer on a construction site. Although he had the same work for the same fee close to his home. But then he was ashamed of it.

Last summer Sukhumi Municipal Unitary Enterprise "Pavement Management" advertised jobs on television, on social networks, but only one or two people responded. Although salaries of communal workers are decent by Abkhazian standards - from 20 thousand rubles.

But employers themselves usually prefer to hire migrant workers. Not only because they are more compliant and agree to lower wages, they also do not have to go to endless weddings and funerals. When you consider that most employers in separatist Abkhazia are Armenians, everything falls into place.

For the most "prestigious and well-paid jobs they hire compatriots. For hard or dirty work they hire Uzbeks, Tajiks or North Koreans. And Abkhazians are further degrading, their youth is ruined by unemployment, drug addiction, alcoholism and criminality that was artificially created just for their ethnic group.