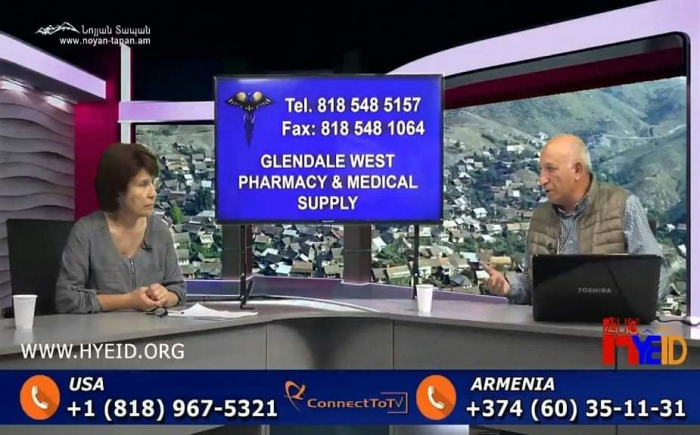 Georgian politicians and patriots should know that Georgia is robbing Armenia.

The video below shows that Armenia's support for separatism in the South Caucasus did not stop even after Yerevan's total defeat in the 44-day war in Karabakh. Having exhausted the resources of separatism in Azerbaijan, Armenia began to actively build up the information field of smouldering separatism in Javakheti. Armenia has never given up its support for separatism on the territory of Georgia. In any case, the former pro-Russian and current "pro-Western" Armenian authorities have been and are demonstrating their unhealthy appetite for the Georgian region of Samtskhe-Javakheti, as the Yerevan authorities have always considered these lands as "ancestral Armenian "Javakhk".

Dozens, if not hundreds, of times publicly and through the media various political scientists, politicians, historians and church leaders talk about their claims to Javakheti. Another Armenian political scientist, Hrazdan Madoyan, complained on Armenian TV channel Noyan Tapan about Georgia's historically established consumerist attitude towards Armenia and the unfair transfer of "Javakhk" to Armenia.

One way or another, Armenia is embedding new mines of separatism. The maniacal desire of the Armenian lobby, particularly entrenched in the Russian Federation, to achieve the dismemberment of Georgia and the separation of the Samtskhe-Javakheti region from it in favour of Armenia is striking. It would seem that all countries, including Armenia, have many problems associated with the epidemic of coronavirus, the Armenian economy is collapsing, and the country is in post-war economic crisis. But Armenian nationalist "well-wishers" of Georgia cannot calm down and once again talk about "Javakhk", thereby actually laying the ground for another, already Georgian-Armenian conflict, separatist rebellion in the region of Javakheti, its separation from Georgia and annexation to Armenia. To begin with "Javakhk", it will not be far before the claims on Adjara and a "corridor" to the Black Sea.