Kakha Kaladze - I tell you with full responsibility, the City Hall has not made any changes with the company "Alma" 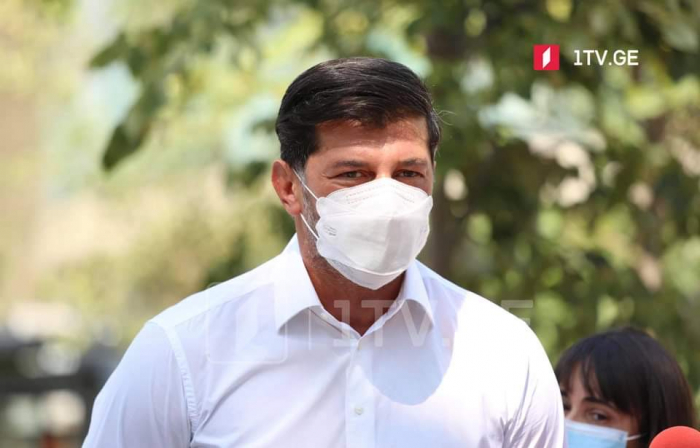 I am telling you with full responsibility that the City Hall has not made any changes with the company "Alma", - Tbilisi Mayor Kakha Kaladze stated about the banners posted in several places in Tbilisi and the statement issued by the company "Alma".

According to the mayor, he is not aware of the agreement signed between the Center for Disease Control and the company "Alma".

"If the relevant service had bought these places and replaced them with banners, it is, of course, very bad and against the law and everything. This should be followed by an appropriate response. I do not know the content of this agreement, nor do I know the dates when it was signed and how long it was. They need to figure it out and sort it out. If it really is the case that the contract was in force and the banners were pasted with other banners, it is very bad.

I am telling you with full responsibility that the City Hall has not made any changes with the company "Alma", - said Kakha Kaladze.

At the same time, the mayor of Tbilisi once again called on the population to be vaccinated.

"You know that there is an election campaign, but nevertheless, political parties, politicians, you - the televisions, we must do everything to provide the public with more meaningful statements about the importance of vaccination. The only way to survive in this war is to get vaccinated and vaccinated. Therefore, I would like to call on everyone to be vigilant and take care of each other, ”Kaladze said.