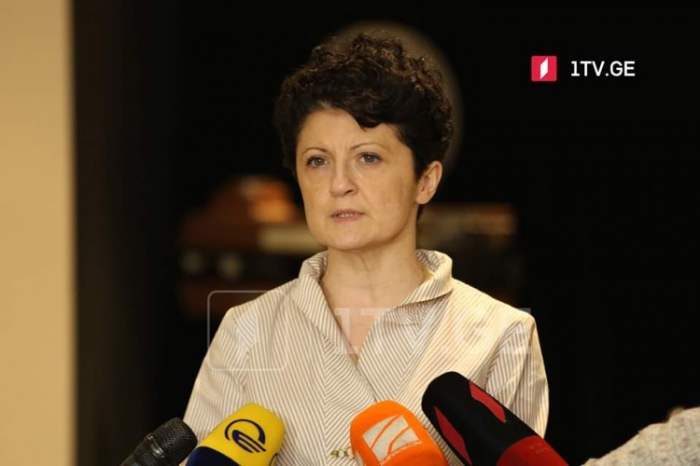 What Megis Kardava did to the Georgian people, citizens and prisoners, is stated in the decisions of the Strasbourg court, - the Minister of Culture, Tea Tsulukiani said about the former Chief of Military Police of the Ministry of Defense extradited to Georgia Megis Kardava.

According to him, the law is celebrated and Kardava can now answer to the families of the victims, as well as Georgian law.

"What Mr. Kardava did to the Georgian people, the citizens and the prisoners, is stated in the decisions of the Strasbourg court. This is the case of Kukhalashvili, a "prison riot" in Ortachala prison, where a Strasbourg court, and no one else, said that the right to life was violated and that many young people lost their lives. Also, in the case of "Navtlugi" there is a decision of the Strasbourg court in the case of Surmanidze and Toidze, where it is also established that as a result of his actions the facts of death occurred. Also, there are decisions of the Georgian court where he is convicted. Consequently, all sorts of speculation that the crime turns out he did not commit is certainly bad, just attempts. He is being brought to justice, albeit as a result of lengthy extradition proceedings. Still good that late,

Asked if he expected Maggie Kardava to testify against his former teammates because he threatened to do so, Tea Tsulukiani said it was her job.

"I do not know, this is his business. All convicts, all defendants are free to choose whether or not to disclose the information they hold. Our law is a European level law, when an accused or convicted person cooperates to solve a crime, there are some benefits, but the accused and convicted person are absolutely free in their choice. Consequently, I think it is not up to anyone but him. He is free in his choice, "Tea Tsulukiani said.