'Russia and Abkhazia. Two countries - one people'. Armenian? Konstantin Zatulin, annexation plans and the horror of the Abkhaz 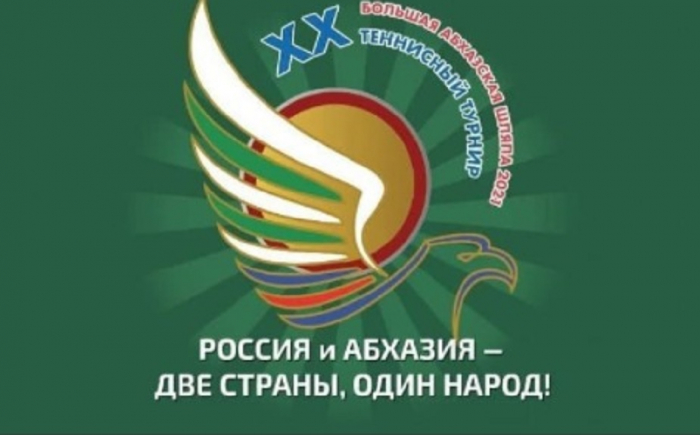 Finally, a part of the Abkhazians is beginning to realize that all their so-called "independence" is nothing more than fiction, that the process of absorption of Abkhazia is in full swing. And the organizers of this process do not even hide their intentions. This is how one can characterize the negative reaction of the Abkhaz in social networks to the new slogan “Russia and Abkhazia. Two countries - one people ”of the“ Big Abkhazian Hat ”tennis tournament, which takes place every year at the end of September in Abkhazia.

The fact is that the tournament is patronized by the famous Russian politician Konstantin Zatulin, who is a puppet of the Armenian lobby in everything, and this is well known. Also, on the instructions of his Armenian "masters", Konstantin Zatulin actively supported separatism in the South Caucasus, both "Artsakh" and Sukhumi, and Tskhinvali.

By the way, it is symbolic that the tournament has been held for many years under the rather mocking name "Big Abkhaz Hat". After all, the "hat" on the so-called. "Street jargon" is called a narrow-minded simpleton, whose person is easy to deceive and cheat.

The question arises - why the Abkhazians were very calm for almost 10 years about the existence of Zatulin's book entitled “Russia and Abkhazia. Two countries - one people ”, but now, when the same name has become the slogan of a tennis tournament, are they outraged?

Everything is very simple. And in 2011 and in subsequent years, the Abkhaz had the illusion that Russia was helping them “build independent Abkhazia” and that after the occupation (or, as the separatist propaganda said “repelling Georgian aggression”), the Abkhaz people “were not in danger”.

But last year the second Karabakh war took place. The "owners" of Konstantin Zatulin, Armenian nationalists, suffered a crushing defeat in it. And today Abkhazians more and more often, in addition to "their" Abkhazian Armenians, see "Artsakh" Armenians on the streets of Abkhazian cities. The mass settlement of Abkhazia by Armenians can be seen with the naked eye.

You go from Abkhazian Gagra to Russian Adler or in the opposite direction, cross the border - and nothing changes. On both sides of the Psou River and in Gagra and Adler, over 80% of the population is already Armenians. It is less and less possible to meet a Russian (in a non-resort season) or an Abkhaz, and if things continue this way, the likelihood of such a meeting will be no more than the likelihood of meeting an Azeri in the once Azerbaijani Irevan.

Indeed, "two countries - one people" ... Armenian. And there is something for Abkhazians to be horrified and desperate.

At the same time, the Abkhaz are told how “good” it will be when the separatist legislation is “harmonized” with the Russian one, about which agreements have already been signed. After that, the migrants (it is clear what nationality) will start buying up land and real estate in Abkhazia and "will come with investments." It speaks directly about the forthcoming "annexation", and in fact the annexation of Abkhazia by Russia. After that, the disappearance of the Abkhaz people, who have already become a minority in comparison with the Armenian settlers even in the supposedly "independent" Abkhazia, will be a matter of only a few years.

It is interesting that during the presentation of the book "Russia and Abkhazia, two countries - one people" in 2011, it was frankly said:

“Zatulin writes that in his youth he did not really know what Abkhazia was, despite the fact that he grew up in the neighborhood, in Sochi. But then, when he began to grow up, and when trouble approached our borders, the conscience and unparalleled internationalism of the Russian man awoke in him... During the difficult years of the war, many were afraid to speak out in defense of Abkhazia, but not Konstantin Zatulin. He was a real fighter for the holy Abkhaz cause. He has no consanguinity, no property in Abkhazia, but he - a Russian person - stood up to protect the small people, ”said one of the Sukhumi separatists then.

But today the Abkhazians have already begun to guess and understand why Zatulin, who was not interested in Abkhazia in his youth, “fell in love” with them so much. Because his Armenian masters and “sponsors” told him “to love the Abkhaz”, who then “had their eyes” on Abkhazia and for this very reason kindled the fratricidal war between the Abkhaz and the Georgians. And not at all for the sake of "independence" - this is obvious today even to the most naive Abkhazians. And they have already begun to understand what kind of “one people” is taking over their land.