Irakli Gharibashvili: Innocent people lost their eyes, this is what Gakharia did 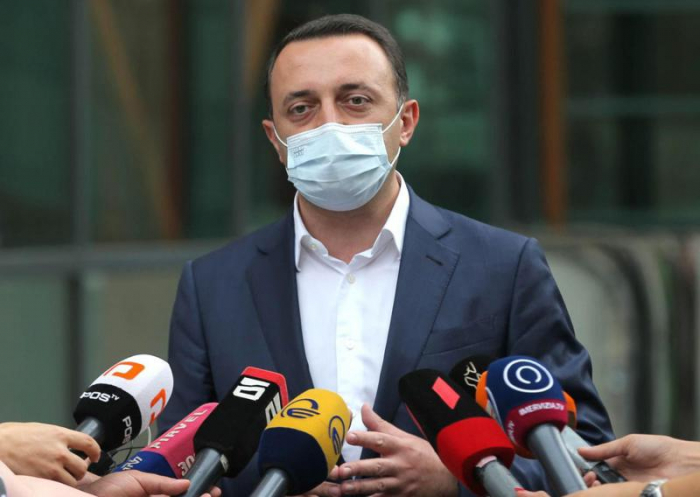 “We were all shocked, I was at the party office at night, asking where water and gas was. They used them against people. Innocent people lost their eyes. This is what Gakharia did”, - Georgian Prime Minister Irakli Gharibashvili said when assessing the June 20 events.

According to the Prime Minister, Giorgi Gakharia damaged the image of the Georgian Dream with reckless special operations

"It was the first crisis when he raided the clubs, let them beat the police, then came out and apologized to those people who insulted the police. In vain, for nothing.

The second crisis was when he brought the riot police to Pankisi, which was an absolutely unpredictable, irrational, another reckless act. He created a crisis and caused a large-scale conflict. He let them beat the riot police, our heroes, and he did not punish anyone for that. Then there was June 20, the “Gavrilov Night". There was a failure then, because Irakli Kobakhidze, the then Speaker of Parliament, was not in Tbilisi and all this should have been controlled by the Secretary of the Security Council and the man who was the Deputy Prime Minister. The man was the Minister of Internal Affairs. Who does control the border? The Ministry of Internal Affairs. Who had to control whether this man had visited the occupied territories. Khojevanishvili was the Deputy Head of the Security Service at the time. Gakharia had access to everything, he was the Deputy Prime Minister and Secretary of the Security Council, and we paid such a high price”, said Gharibashvili.

According to him, with reckless special operations, Gakharia damaged the image of the Georgian Dream, but despite this, the whole team supported him, because there was a real threat of invading the parliament, which could have led to even worse situation.

“The entire team saved him and then promoted him. He was appointed Prime Minister. The team made such a decision then," the Prime Minister said on Rustavi 2.