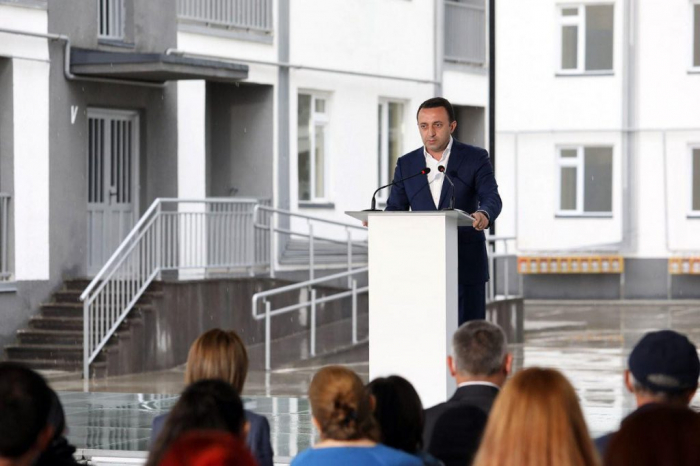 According to the PM, 27 thousand IDP families received dwellings after 2012. He claimed that IDPs lived in poor conditions at temporary settlements across the country. The government kept the promise, but the main challenge still stands. “Our objective and a dream are to return them to Abkhazia and Tskhinvali regions,” Garibashvili claimed.

The Municipal Fund of the Ministry of Regional Development and Infrastructure built eight fully refurbished blocks of apartments for IDPs in Tskaltubo spa resort. The territory has a parking site and a playground for children.