Irakli Gharibashvili: This heavy campaign, which was directed against the church and the government, and already against diplomats, serves narrow interest of one political party 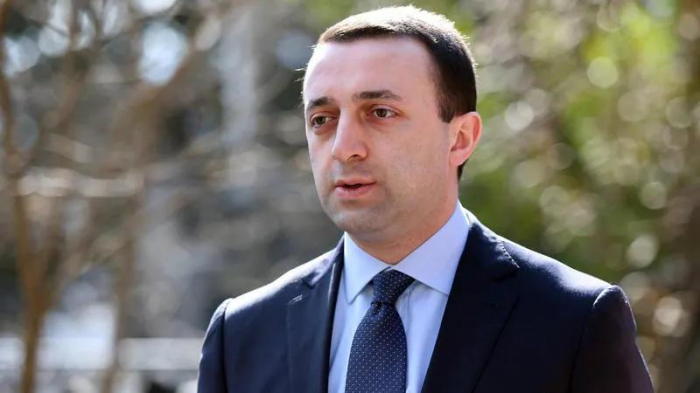 The country is being damaged by all this stir created for the elections. Of course, all this chaos and stir will damage Georgia, - Prime Minister Irakli Gharibashvili said when responding to a question from a journalist about whether the spread of the secret recordings will damage the country's image.

According to Gharibashvili, it should be established who was listening to whom and whether there has been any wiretapping.

"Many people and countries can listen to this, so everything must be clarified. Of course, the State Security Service will investigate everything. I want to tell you that the election will end very soon. We understand very well that this heavy campaign, which was directed against the church and the government, and already against diplomats, serves narrow interest of one political party. It reminds us once again that these people do not love the country, as if they cared for the country, they not have damaged its image and interests," Gharibashvili said.

According to him, lies and truth are messed up in order to make it difficult to find the truth.

"I am not saying that the opposition wiretaps and spreads the recordings, but is not it a fact that the opposition is behind all this fabrication and falsification? Saakashvili said in August that there would be a very serious provocation. Probably he was under the influence of drugs, he could not restrain himself and announced it in advance. Have you not seen these footage? He said in August that he had some evidence against the church and he announced this provocation. All these lies and truth are messed up in order to make it difficult to find the truth. Examining the authenticity of thousands of files takes time. This poor opposition had this primitive hope. They know they are failing everywhere, and they have invented this primitive, but severe provocation against the church," he said.

He added that in accordance with the legislation of the State Security Service, the agency is authorized to wiretap and the above is an international practice.

“Since they know that no examination would be able to establish the legality of the recordings in two weeks, they raised this topic ahead of the elections to create a stir. However, I want to say that the government and the church have a strong unity and no provocation will damage it, "Irakli Gharibashvili said.