Irakli Gharibashvili - Dissemination of secret records is a direct enmity against the Church, the priests, everything will be named after the state law 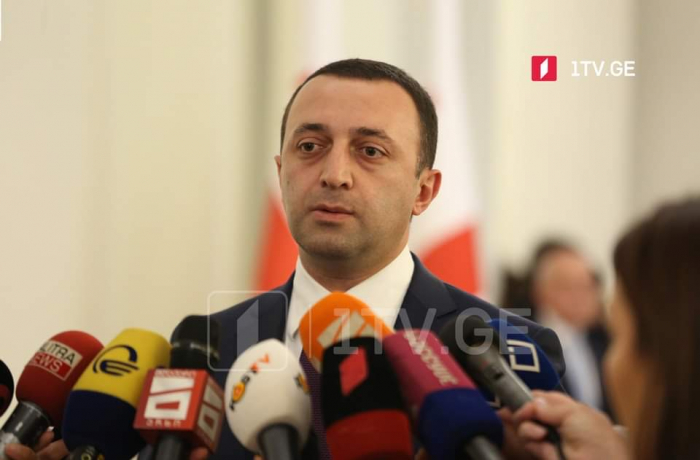 "We will give a very harsh response to the enemy of our country, our church, to all the people involved in the conspiracy," - said the Prime Minister of Georgia, Irakli Gharibashvili, commenting on the issue of secret records.

As Irakli Gharibashvili stated, he will give an answer in the name of the state law and will name everyone and everything.

"I want to tell our people that this is a direct enmity against the church, the priests. This is an attempt to discredit them. This is a conspiracy against our state, which is totally inadmissible, and of course, the state will answer in the name of law and call everyone and everything by name. It is a very unfortunate fact that your televisions are reproducing all this, this lie-truthAnd discredit the church and the priests. This is your responsibility. This is the last attempt of Saakashvili and the opposition, because they know that they will fail, and they will be severely defeated everywhere, in every city. On the one hand, we see that they have no preparations for the elections at all, because they know it makes no sense to involve them in this election campaign, because they are building on October 2nd. Everything is aimed at the second day of the elections to arrange some provocations on both the election day and the second day of the elections. Of course, the state will not allow any provocation. We will give a very harsh answer to all the people involved in this conspiracy, all the traitors and enemies of our country, our church. I did not say that the opposition writes, this is a very primitive assessment and I will not follow youOn this provocative question. "Your signature, the National Movement, Saakashvili and, unfortunately, other traitors have joined Saakashvili's large team, is a forgery and fabrication to mislead the population," - said the Prime Minister.