Georgian FM at religious ministerial in US: Russia harshly violates religious rights in our occupied regions 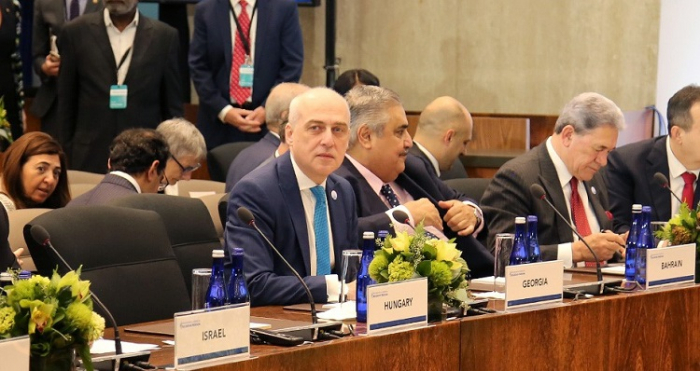 Georgian Foreign Minister David Zalkalinai says that Georgia is proud of its centuries-long tolerance to various religious minorities living in the country, stating that Russia harshly violates religious rights and freedom of the Georgian citizens living in the currently occupied Abkhazia and Tskhinvali (South Ossetia) regions.

"Staring in 2008, after the regions were occupied by Russia, the regions have turned into so-called black holes. Religious rights of Georgian citizens there, as well as clerics, have been severely violated. They are unable to carry out religious rituals and conduct services. People are not allowed to visit the graves of their ancestors   due to the barbed-wire-fences illegally erected by occupying forces,” Zalkaliani said at the 2019 Ministerial to Advance Religious Freedom, held in Washington yesterday.

He said that Georgia is taking “unilateral” steps to peacefully resolve the conflict.

"I once again urge the international community to tell Russia clearly that its policy, targeted against Georgia’s sovereignty and territorial integrity, is unacceptable,” Zalkaliani said.

Zalkaliani stated that Georgia is ready to play the mediator’s role between different religious and ethnic groups as the country has a ‘big experience’ in this regard.

"Georgian tolerance to religious and ethnic minorities has been exemplary,” Zalkaliani said.

Zalkalini was invited to participate in the event with the invitation of the US State Secretary Mike Pompeo.