Why did Kalantarov remember Stalin? 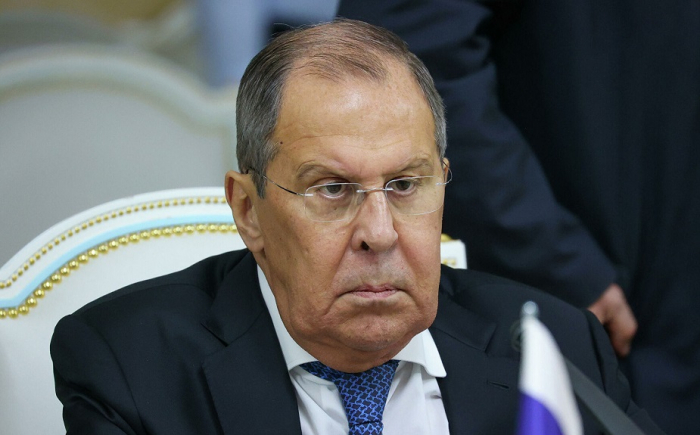 For several days now, Russia has been discussing a statement by Russian Foreign Minister Sergei Lavrov (Kalantarov), which he made on Monday, August 30, 2021, at a meeting with veterans of the Great Patriotic War in Volgograd (during the Great Patriotic War, the city was called Stalingrad). According to Lavrov-Kalantarov, attempts to portray Joseph Stalin as the "main villain" of his era are part of an attack on the domestic past, on the results of World War II:

“[You mentioned] Joseph Stalin, who <...> was supposed to lead all the processes. I absolutely agree that history should not be touched. By the way, the attacks on Stalin as the main villain, the lumping together of everything that he did in the pre-war period, during, after the war - this is also part of the same attack on our past, on the results of World War II, ”said the veterans head of the Ministry of Foreign Affairs of the Russian Federation.

Immediately around the statement of Sergei Lavrov, discussions began in Russian society, the media, and social networks. Some fully supported this approach to the figure of Stalin, others emphasized the fact that one should not forget the repressions, deportations, and other negative facts of the times of Stalin's rule. Sergei Lavrov had to once again touch upon the subject of Stalin, somewhat "clarifying" his words spoken in Volgograd.

“In essence, I said the following:“ Those who demand that Stalin be perceived as an absolute evil, without any nuances, who demand that he and Hitler be considered the only culprits of the Second World War, thereby want to put our country and those who set the goal of conquering Europe, and we saved this Europe - from conquest, from destruction, and saved many peoples, ”said Sergei Lavrov.

At the same time, he explained that he had in mind the use of this line by those who want to restrain Russia "and who want to weaken us, always see us weak."

"Some figures in our opposition, opposition media ... then began to say that" Lavrov justifies the crimes of Stalinism. " This is despicable. And never this kind of people will achieve a result. Because our people are smarter and richer, ”the Russian Foreign Minister stressed.

From the statements of Sergei Lavrov-Kalantarov, it follows that he treats the figure of Stalin rather positively than negatively and opposes publishing negative things about Stalin. This is a rather strange position if we take into account the fact that Sergei Lavrov-Kalantarov is an ethnic Armenian and an Armenian nationalist, and among them, a negative attitude towards Joseph Dzhugashvili-Stalin is not hidden. For several reasons.

First, Stalin has something to do with Georgia, so hated by the Armenian nationalists.

Secondly, Armenian nationalists accuse Stalin of "giving Karabakh to Azerbaijan", they say. The fact that the same Stalin organized the mass resettlement of Armenians from all over the world to the Armenian SSR, deported for this from their native land over 150 thousand Azerbaijanis to the Kura-Arak lowland, the Armenian "fighters against Stalinism" prefer not to remember.

And separatism by Armenian provocateurs in same Abkhazia was “set on fire” under the anti-Stalinist slogans. In order to incite the Abkhaz against the Georgian brothers, the Armenian lobby systematically “exposed” Stalin, published provocative materials about how much, they say, the Georgians Stalin and Beria “did harm” to the Abkhaz.

However, today, unexpectedly, the Armenian nationalist Kalantarov begins to defend Joseph Vissarionovich Dzhugashvili. What is the reason for this?

It is impossible to answer this question if one does not analyze the latest trends in Russian domestic politics.

For several months now, rumors have been circulating in Russia that the current President of the Russian Federation Vladimir Putin, despite last year's “constitutional nullification” of his previous presidential terms, may soon retire. For different reasons. The state of health is one of the versions. But, one way or another, among the Russian ruling elite, a struggle is gradually starting to become Putin's “successor”.

Many Russian political analysts believe that Defense Minister Sergei Shoigu was the first to apply to become the successor of the current president. It is in this vein that the plans voiced by Sergei Shoigu for the construction of 5 large cities in Siberia are interpreted in order to stop the outflow of the population from the eastern part of the Russian Federation, as well as taking into account the prospects for the economic development of these regions rich in raw materials.

Shoigu's statement, made after large-scale fires in Yakutia, when many Siberian residents felt "abandoned" by the center, had a great resonance. Somewhere, but in Siberia, the popularity of Sergei Shoigu will clearly increase after that. Also, his plans will be supported by those representatives of the Russian elite who stake economic cooperation with China and, within the framework of this cooperation, are interested in the accelerated development of Siberia and the Far East. At least in order to be an equal partner of the PRC and so that Siberia and the Far East do not turn into a primitive "raw material appendage" of a huge southern neighbor.

The fact that Sergei Shoigu heads the list of "United Russia" in the upcoming elections to the State Duma also gives him certain "preferences." But it is clear that there are other preparations and other candidates as to who will continue to rule Russia.

First of all, the Armenian lobby, which today holds two key posts in the Russian government - Prime Minister (Mikhail Mishustin-Mishustyan) and Foreign Minister (Sergei Lavrov-Kalantarov). Naturally, one of them would not mind becoming Putin's successor.

However, there are nuances here. How do not hide your true ethnic origin, when the question arises to take "post number one" in the country, it will inevitably emerge and cause an ambiguous attitude. In principle, Sergei Shoigu is not Russian either, but we must not forget that Tuvans still belong to the indigenous people of the Russian Federation. And in general, the Turkic peoples (which include the Tuvans) are the second largest in the Russian Federation after the Slavic ones. But the Armenian ethnos, to which Kalantarov and Mishustin belong, already has its own state.

In addition, anti-Caucasian sentiments have been cultivated in Russian society for too long, and the Armenians are perceived in Russia in many ways as “Caucasians”. This is where the Armenian lobby can use the “nostalgia for Stalin,” especially the older generation. Say, if then the Caucasians ruled Russia and made it great, so why can “the most ancient and cultural Caucasians”, that is, the Armenians, do this?

In addition, the same Mikhail Mishustin is actively building a “digital dictatorship” in Russia, which, in terms of the degree of control over the individual and the possibilities for coercion, will far surpass the Stalinist system. Those Russians who are aware of the sad prospects of the "digital gulag" have a negative attitude towards such trends.

And here, again, the image of Stalin, if promoted as a “strong statesman” who established order, ”can serve as a justification for the introduction of a“ digital dictatorship ”. Under the leadership of politicians of "the most ancient nationality", whom Russians, poorly versed in the peculiarities of the ethnography of the South Caucasus, perceive as "the same Caucasians as Stalin."