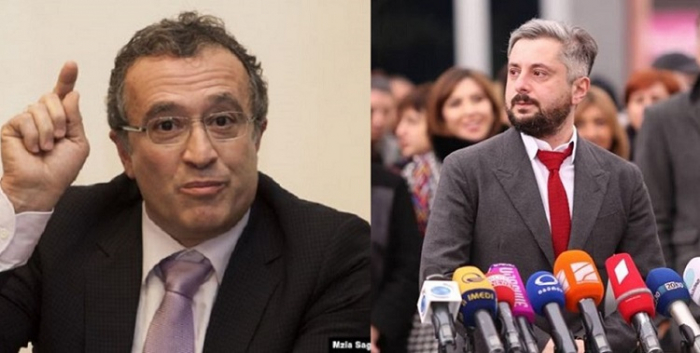 Former owner of Rustavi 2 Kibar Khalvashi has stated that the verdict of the European Court of Human Rights on Rustavi 2 has dispelled all doubts regarding the channel’s ownership, confirming that the ‘only lawful owner of the TV is me.’

He said that he has no plans to get involved in the editorial policy of the channel, naming the only individual who “will have to quit” the channel when Rustavi 2 is handed to him as Nika Gvaramia – the channel’s director.

"The freedom of expression will be guaranteed. I will see to the professional development of the employees. I hope that the Rustavi 2 current staff will take the ECHR’s verdict adequately and we will together try our best for the channel’s success and further development,” Khalvashi said.

He stated that Gvaramia "is politically biased and was appointed by the regime who illegally seized the channel from me [referring to the United National Movement].”

My lawyer, Paata Salia, will replace him in the role,” Khalvashi said.

He stated that he is ready to cooperate with the founders of Rustavi 2 David Dvali and Jarji Akimidze, who also say that the channel was illegally seized from them back in 2004 [before Khalvashi].

Gvaramia said that the verdict “was shocking and absolutely unimaginable.”

He urged the Georgian Justice Ministry not to register the channel on Khalvashi, as the current owners of the channel have the right to appeal the verdict to the Grand Chamber of the ECHR.

"As for me, I have no plans to leave the post, my contract allows me to stay [till December] as it is a special contract which ensures maximal independence from the owners. The contract can only be suspended by the decision of a London court,” Gvaramia said, adding that “I am the guarantee of the freedom of the channel.”

Akimidze and Dvali congratulated Khalvashi on the “important victory,” but said that justice will be restored only after Rustavi 2 is returned to them as founders.

The European Court of Human Rights (ECHR) has released its verdict on the Rustavi 2 private broadcaster’s ownership dispute earlier today, upholding the verdicts of Georgian courts on the case.

Rustavi 2 and its current owners earlier filed with the ECHR as plaintiffs, claiming that the Georgian City Court, Court of Appeals and Supreme Court had delivered unfair verdicts.

ECHR stated that none of the articles of the European convention have been violated in relation to Rustavi 2, including the right to a fair trial.