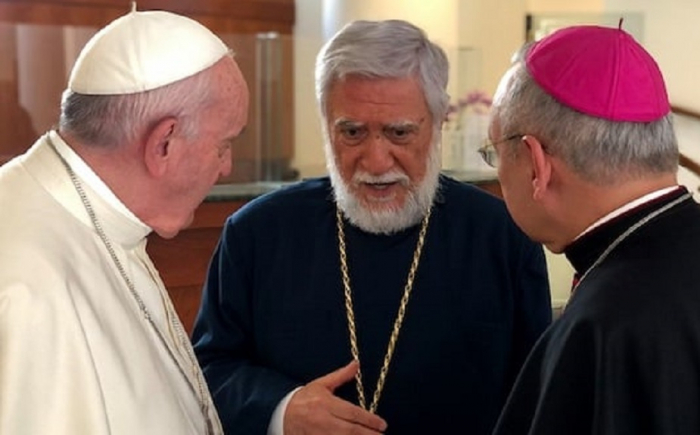 It is not a secret for anyone that the Armenian separatists in Azerbaijani Karabakh and in Georgian Samtskhe-Javakheti were helped and are assisted by certain circles in the United States and France, either themselves represented by ethnic Armenians, or associated with the Armenian lobby. But recently, a certain Polish citizen Tomasz Lech Buczek (https://www.facebook.com/tomaszlechbuczek), who seems to be not an ethnic Armenian himself, but fanatically defends the interests of Armenian nationalists, has become more active in both Polish politics and social networks.

Tomas Lech Buchek positions himself as the “president” of the so-called “Artsakh Foundation”. One of the recently declared goals of this “Artsakh Foundation” is “to save the works of Armenian art stolen by Azerbaijan”. Tomas Lech Buchek's Facebook page also posted an image of an allegedly "stolen work of Armenian art" - a purely Turkic Azerbaijani carpet, which was returned to its rightful owner, the Azerbaijani people, after the liberation of Karabakh. 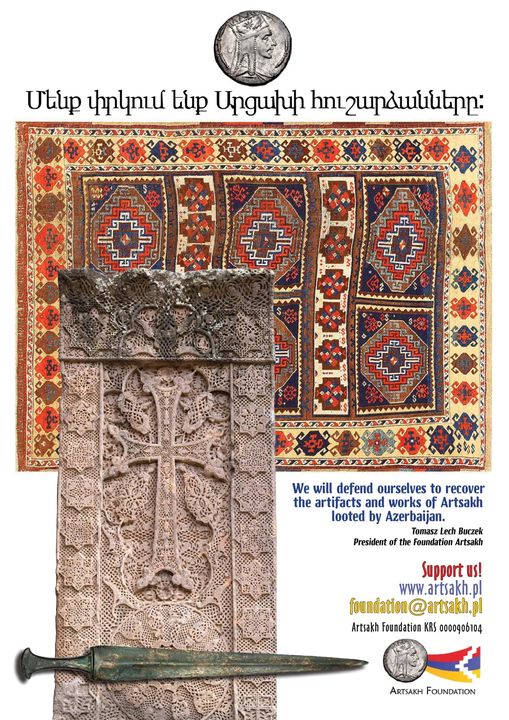 Apparently, the pro-Armenian forces in Poland have already dug in for a long time. The same Tomasz Leh Buchek reminds on his page that back in October 2014, Lubawa Armenia launched a joint Polish-Armenian project in Charentsavan to produce all kinds of military accessories: military tents, helmets, bulletproof vests, camouflage nets, and other vital items for Armenian military.

Tomasz Lech Bucek comments on military cooperation between Poland and Armenia in the following words:

“Armenia should itself produce modern weapons and ammunition. This stimulates the Armenian economy. I remember outstanding Armenian engineering thought. Proof Artem Mikoyan is the creator of the MIG planes. It's time to focus on production in Armenia! ARMENIA SHOULD BE STRONG AGAIN! "

Nevertheless, on the eve of the Second Karabakh War, in 2019, after having worked for 5 years, “Lyubava Armenia” CJSC was closed. However, who was the one who financed the production of military equipment so necessary for the Armenian army through Poland? Let us recall that in the second Karabakh war, it was precisely the lack of air camouflage that allowed Azerbaijan to detect and strike at the positions of the Armenian invaders. And if the Armenian invaders had more camouflage nets, the Azerbaijani army could face problems in eliminating the enemy's strongholds.

Those. it was about millions of dollars that certain forces sent through Poland to help the Armenian invaders. And today the same forces are trying to "substantiate" the claims of Armenia to the values ​​stolen from Azerbaijan, and also continue to state claims to the Albanian cultural heritage located on the territory of Karabakh.

In Poland, Tomasz Lech Bucek is listened to at the highest level. So, largely on his initiative, the arrival of children from Karabakh on vacation to Poland in Malbork was organized, where they were met by the vice-speaker of the Seim, Malgorzata Gosewska, and the visit itself was organized by the Minister of National Defense of Poland Mariusz Blaszczak. Moreover, these children, residents of Azerbaijan Karabakh, arrived in Poland not as children of Azerbaijani citizens of Armenian nationality, but as "children of Armenian citizens from Nagorno-Karabakh." Naturally, neither the Azerbaijani Foreign Ministry nor the Azerbaijani embassy in Warsaw was informed about this voyage organized by Armenian nationalists and separatists and their Polish "friends". Those. Despite the fact that Poland officially recognizes the territorial integrity of Azerbaijan, the "children's card" was very cleverly played in such a way that, in fact, it turned out that the Polish officials supported the "Artsakh" separatism.

Those. Tomasz Lech Bucek's activities in Poland are clearly directed by someone very powerful. But who?

Tomasz Lech Bucek himself partially answers this question on his Facebook page. So one of his posts is dedicated to the meeting of the Armenian Cilician Catholicos Aram I with Pope Francis on the release of the so-called. "Armenian prisoners of war".

Recall that the same Catholicos Aram I came out sharply against the peace agreement of November 9, 2020, and the unblocking of communications under this agreement, including the Zangezur corridor. It is also well known that the Cilician Catholicasat is even more influenced by the Vatican than Echmiadzin. Those. who really controls the so-called "Artsakh foundation" through such Polish figures as Tomasz Lech Buchek is obviously the Vatican. The Vatican is formal, as it were, “removed” from the Armenian separatists in Azerbaijani Karabakh, and in fact finances not only them but also the Armenian aggression against Azerbaijan.

All this is a very alarming signal for Georgia. Indeed, in our country, the Vatican acts jointly with Armenian nationalists, Armenian Catholics, together with Echmiadzin, jointly claim 465 Georgian churches on the territory of Georgia. Having “trained” on the claims to Azerbaijan regarding the same Albanian Christian monuments, they will inevitably “transfer their experience” to Georgia, seeking to appropriate the shrines of the Georgian Orthodox Church.

It should also not be forgotten that at one time Pope John Paul II secretly "patronized" Armenian nationalism at one time, the first among the popes to use the term "genocide" and since then many "pro-Catholic" politicians of Poland have supported many adventures of Armenian nationalists.