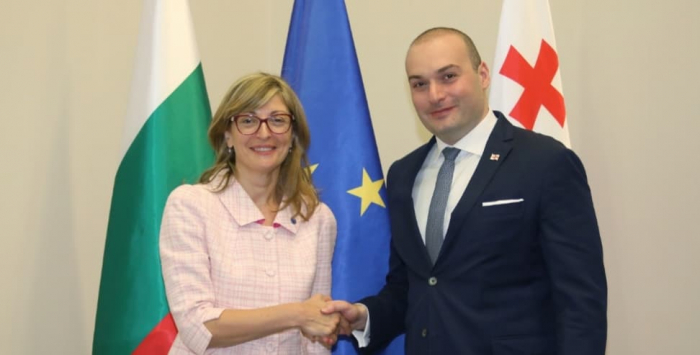 Held as part of the Batumi International Conference, the meeting discussed the achievements of the Eastern Partnership initiative, Georgia-Bulgaria bilateral relations, and the importance of further developing trade and economic ties.

The Georgian Prime Minister's official visit to the Republic of Bulgaria this past April was commended as an important step toward further developing bilateral relations.

The parties also discussed prospects of direct flights between Tbilisi and Sofia, a step toward further boosting the development of people-to-people contacts and tourism cooperation.

The Deputy Prime Minister of Bulgaria reaffirmed firm support for Georgia's European integration, and pointed out that this trajectory will continue in both bilateral and international formats.

Special attention during the meeting was paid to the situation in Georgia's occupied territories and security challenges therein.
The Prime Minister of Georgia thanked the Deputy Prime Minister of Bulgaria for participating in the Batumi International Conference and for supporting Georgia.