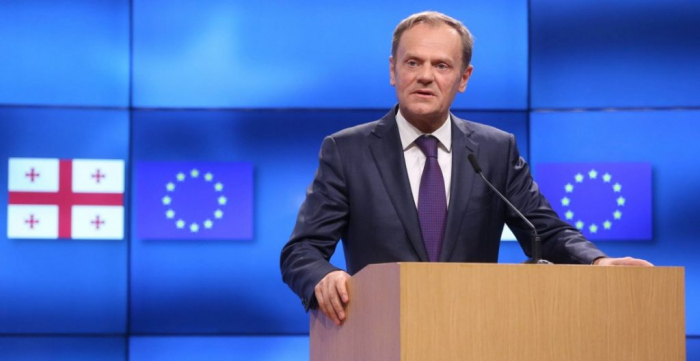 At the International Conference taking place in Batumi today, Donald Tusk, President of Council of Europe, quoted the world-renown Georgian writer Vazha-Pshavela and addressed the audience in Georgian language.

International Conference “Georgia's European Way” is dedicated to the 10th anniversary of the Eastern Partnership and is set to be completed on July 12.