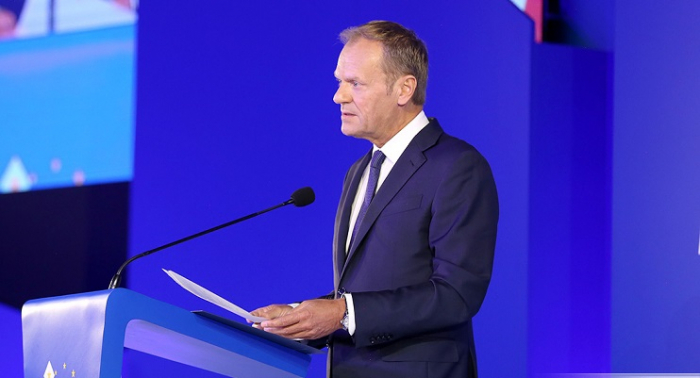 Donald Tusk, President of the European Council assessed Russia’s decision, in particular, the ban on flights to Georgia as unfair.

President of the European Council made this statement at the joint briefing with Georgian President Salome Zurabishvili.

“Russia’s decision on flights ban to Georgia is disproportionate unfair and unjustified. The EU stands in solidarity with Georgia and we fully confirm the territorial integrity of Georgia.

We share common values. Georgia has repeatedly demonstrated its commitment to democratic reforms, to establish the rule of law. All this is based on very strong decisions”, – President of the European Council said.

At the same time, according to him, the judicial system is gaining more public confidence in Georgia and the economy becomes much more attractive for foreign investments.

Russian President Vladimir Putin issued a decree on ban flights to Georgia as of 8 July 2019.