Former Commander of US Army Europe: Russia's aggression against Ukraine to be a threat to Georgia 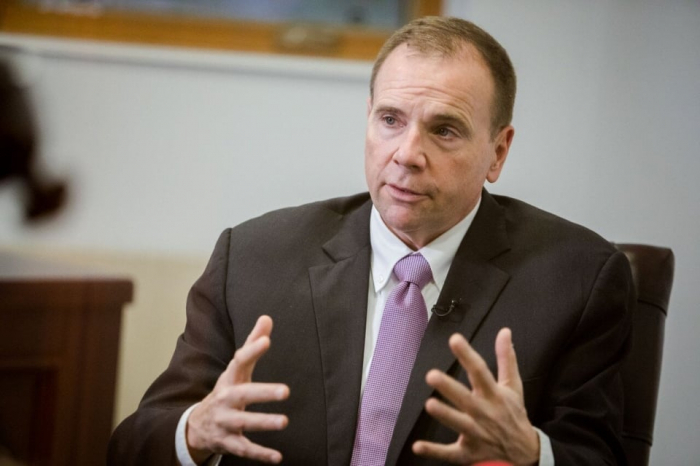 “Germany and France, by being so weak, have actually led to Russian aggression. We know from the hundreds of years of Russian history weakness invites aggression by the Kremlin,” the Former Commander of US Army Europe Ben Hodges said in an exclusive interview with the Georgian Public Broadcaster (GPB).

“The specific intent of the Kremlin is unclear. What is clear is that more than 20 Ukrainian soldiers have been killed by Russians this year during the so-called ceasefire. It is also clear that almost 30,000 Russian troops, army, navy, airforce are occupying Crimea illegally. They have been there since 2014. More Russian soldiers have arrived in Crimea. Of course, what’s clear is that there are thousands of Russians are inside Donbas. But now there are thousands of troops massed on the frontier of the border of Ukraine,” he stated.

Ben Hodges believes that all of that was done to intimidate the Ukrainian government and challenge the West.

“All of that is done in such a way to intimidate that the government of Ukraine and frankly to challenge the West. To demonstrate that the Kremlin has zero respect for the European Union and Ukrainian sovereignty, and so far for the United States. This is a test. I would say that Germany and France, by being so weak, have actually led to Russian aggression. We know from the hundreds of years of Russian history that weakness invited aggression by the Kremlin,” he said.

According to him, Russia’s aggression against Ukraine is a threat to Georgia as well.

“If the Kremlin sees that the West does not do anything to hold Moscow accountable, then they would probably or could probably logically assume that they could continue to expand their influence in Georgia and the rest of the South Caucasus. That’s why so important if we are serious about wanting a peaceful, stable environment, we have to compete and push them back. We have to demonstrate that this region is strategically important,” Ben Hodges said.