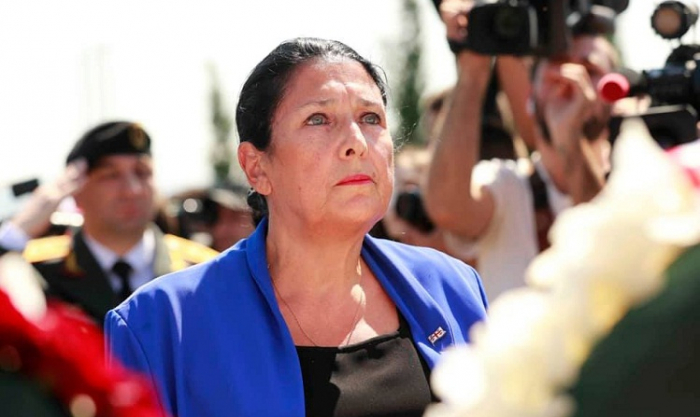 Georgian President Salome Zurabishvili has stated that the Russian-controlled occupation forces are responsible for the death of  individuals who drowned in the river of Enguri while trying to cross into Tbilisi-controlled territory from the Russian occupied Gali district of Georgia.

The bodies of two 30 and 38-year old women and a 65-year-old man were found earlier today, while the husband of one of the deceased women is still missing.

Zurabishvili says that the movement restrictions imposed by the occupation regime is ‘unacceptable’ nor is the violation of fundamental human rights.

It is alarming that our citizens living in the occupied regions are victims of the restrictions,” Zurabishvili said.
The Georgian Foreign Ministry has also shifted 'full responsibility for the alarming incident' onto Russia.

They are allowed to enter Tbilisi-controlled territory only via a special pass which costs 1,000 roubles (45 GEL, 13 USD).

The locals are allowed to leave the occupied region only via the Enguri bridge checkpoint.

Locals say that many individuals living in the region do not have the money to pay for the pass.

They also say that a five-day coronavirus quarantine on Tbilisi-controlled territory creates problems for the residents of occupied Abkhazia and they risk their lives due to the two reasons - to avoid the payment for the pass and to stay on the Tbilisi controlled territory without spending time in quarantine.

According to the locals the individuals decided to cross into the Tbilisi-controlled territory via the river to buy medicine and everyday items.