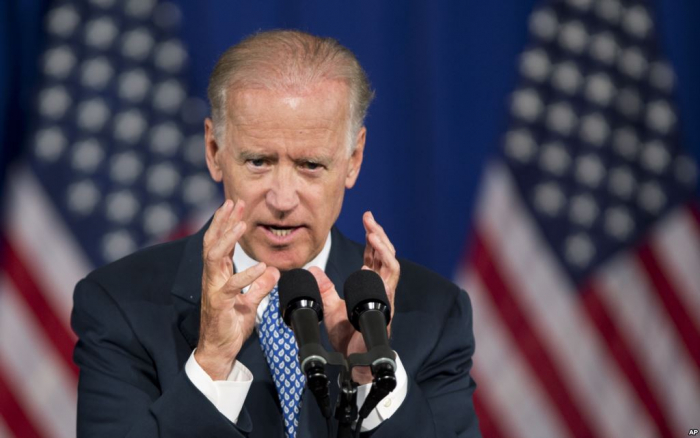 US President Joe Biden on Thursday, March 18, sent a congratulatory letter to his Azerbaijani counterpart Ilham Aliyev on the occasion of the Novruz holiday. The case is unprecedented. In fact, this is the first letter from the new leader of the leading US superpower to the leader of the post-Soviet state.

The letter also touches upon the Karabakh issue, and in a very constructive manner: “As the co-chair of the OSCE Minsk Group, we remain committed to helping the parties to achieve a lasting peaceful settlement of the Nagorno-Karabakh conflict and promoting reconciliation between Armenia and Azerbaijan in the name of a prosperous and peaceful the future. We also support your efforts to diversify the economy and develop the energy potential of the Caspian Sea, ”wrote Joe Biden.

Naturally, there was no mention of "Artsakh", "genocides" and other clichés of Armenian propaganda in the letter (despite the fact that the Armenian lobby pinned great "hopes" on Joe Biden). Thus, referring to Karabakh exclusively in the context of a peaceful settlement, Joe Biden resolutely "suppresses" all attempts by the Armenian lobby to stake on military revenge.

The underlined friendly letter from Joe Biden to Ilham Aliyev contrasted sharply with the words said by the same Joe Biden the day before to the address of another post-Soviet leader of the Russian President Vladimir Putin, who by no means can be called “friendly”, even at a stretch.

Joe Biden, in a big interview with ABC TV channel, said that Vladimir Putin should answer for meddling in the American elections, And when asked by ABC journalist George Stephanopoulos: "Do you know [personally] Vladimir Putin, do you consider him a murderer?" the American president answered "Yes".

Shortly after this interview, as if "to confirm" the words of Joe Biden, the US Department of Commerce announced that it was introducing new trade restrictions on Russia. Since March 18, the Russian Federation has been banned from transferring and re-exporting weapons and military technologies, including those related to chemical and biological weapons.

Against the background of underlined goodwill and cordiality towards Ilham Aliyev, Joe Biden also underlined his dislike for the policies of Vladimir Putin. And this despite the fact that between the same Ilham Aliyev and Vladimir Putin - today mutual understanding has been reached on key regional issues and there is not even a hint of confrontation. What is the reason for this?

Apparently, the United States is moving to a more active policy in the post-Soviet space. At the same time, the United States has long outlined the main principle of this policy - respect for the territorial integrity of states, prevention of unauthorized redrawing of borders, and support for separatism, interference in other people's internal affairs. Those. what the leadership of the Russian Federation has clearly “sinned” for a long time.

Azerbaijan is the first of the post-Soviet states to restore its territorial integrity, but at the same time it respects all neighboring states, does not interfere in their internal affairs (Azerbaijan, for example, does not interfere in the difficult internal situation even in Armenia) and is open for cooperation. With such a partner, you can establish reliable and long-term economic relations, develop regional energy, infrastructure, transit, and other projects without expecting untidy "surprises".

The US President, with his harsh statements addressed to Vladimir Putin, against the background of an emphatically benevolent congratulations to Ilham Aliyev, made it clear that for the United States the "logic of confrontation" and "biting off pieces" of foreign territories, interference in the internal affairs of other countries is unacceptable. At the same time, the Biden Administration respects and will continue to respect the state sovereignty, civilizational, religious, and cultural traditions and peculiarities of each country (this is why the Novruz holiday, traditionally celebrated in Azerbaijan in spring, became the occasion for congratulations).

Those who also hoped that the new US administration would pursue anti-Turkish and anti-Islamic policies in the Middle East region are also completely disgraced. Recently, an almost complete mutual understanding has been established between Turkey and the United States on key issues of regional policy. The new US Administration, as well as Turkey and Azerbaijan, needs peace in the region. And for this, all conflicts must be resolved as soon as possible on the basis of respect for sovereignty and territorial integrity, in which Georgia is also vitally interested.