The Riga and Moscow treaties - 100 years ago, with a difference of 2 days, they created 'Greater Poland' and buried 'Greater Armenia' 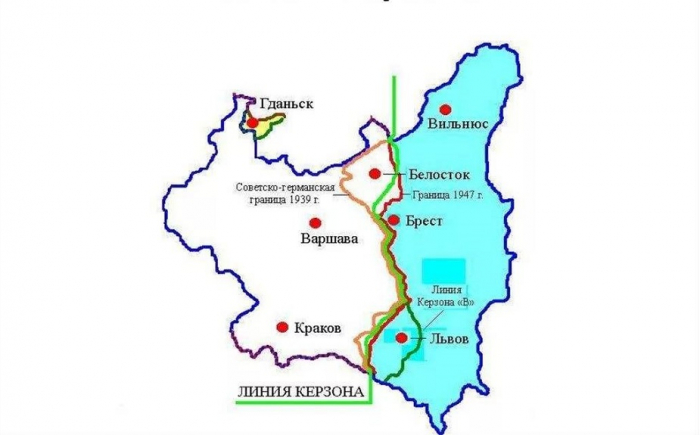 Analyzing the Moscow Treaty between Soviet Russia and Turkey concluded 100 years ago on March 16, 1921, many for some reason do not link this treaty with another, concluded by same Soviet Russia just 2 days later, March 18, 1921, in Riga - Riga Peace Treaty with Poland. This treaty, in contrast to the Moscow treaty, which was really "victorious" for the Bolsheviks, which confirmed the rights of Russia to most of the possessions of the Russian Empire in the Caucasus until 1914 was shameful and humiliating for the Reds.

According to the Riga Peace Treaty in Europe, Moscow ceded vast territories to Poland in comparison with the borders of the Russian Empire in 1914. All this was the result of the Soviet-Polish war of 1919-1921, completely lost by the Bolsheviks.

On March 18, 1921, “Greater Poland” appeared on the maps, which for a long time even the most daring Polish patriots did not dream of. Of course, the "appetite" of the Polish nationalists "played out" and they began to dream of "Poland from sea to sea". But let us recall that back in July 1920, they considered the “Curzon Line” as “happiness”, roughly corresponding to the modern eastern border of Poland. This line was proposed by the British Foreign Secretary Lord Curzon and was recommended on December 8, 1919, by the Supreme Council of the Entente as the eastern border of Poland. But the civil war in Russia and then the Soviet-Polish war led to the fact that the border along the "Curzon Line" was established only in 1945.

In April 1920, the establishment of power by the Bolsheviks in Azerbaijan and their gaining control over the strategically important Baku oil fields made it possible for Soviet Russia to do business "on the western front." They were opposed by the newly formed independent Polish state. It was the "Polish question" that temporarily diverted the forces of the Bolsheviks from the South Caucasus.

In the Polish-Soviet War in May 1920, the Red Army managed to go over to the offensive. Polish troops were defeated everywhere and retreated. In Moscow, it seemed quite real to quickly occupy Warsaw, then "raise the revolution" in Germany and thus kindle the "fire of the world revolution."

But the Entente quickly "put in place" Bolshevik Russia. On July 11, 1920, Great Britain sent a note to the People's Commissar for Foreign Affairs, Chicherin, demanding to stop the offensive on the Curzon Line, withdraw Soviet troops 50 kilometers east of this line and conclude an armistice with Poland. In case of refusal, it was indicated that the Entente countries would support Poland "with all the means at their disposal."

The Bolsheviks in Moscow, confident of their own victories over the seemingly "weak" Polish army, ignored this ultimatum and continued their attack on Warsaw. At the same time, the Entente sharply increased military aid to the Poles. As a result, the offensive of the Reds ended in a catastrophic defeat near Warsaw.

Polish troops launched a counteroffensive, and by October 12, 1920, the Poles entered Minsk. On the same day, an armistice was concluded - the Entente did not need a "super-great Poland" either. On the basis of this truce, the Riga Peace Treaty was prepared, with an approximate border corresponding to the existing front line (the Poles nevertheless returned Minsk to the Soviets). The Bolsheviks used the armistice to put an end to Wrangel in the Crimea, Sovietize Armenia, and then seize Georgia. The day after the signing of the Riga Peace Treaty, the Bolsheviks entered Batumi, and the Georgian Democratic Republic ceased to exist.

At the same time, it is understandable why the Moscow Treaty was concluded by Soviet Russia with Turkey 2 days before, already agreed on all points, the Riga Peace Treaty with Poland. In fact, he softened the humiliating defeat of Moscow, recorded in the latter. It was extremely important for the Bolsheviks at that time to show that they also had "diplomatic victories" in other areas.

The fate of "Greater Poland" will then be tragic. In 1939, the Western allies, who saved Warsaw in 1920, would betray Poland, giving it "to be torn apart" by Hitler (who at that time was in every possible way pushed to war with the USSR). And Poland simply "stood in the way."

It is interesting that the same USA in the 1920s and 1930s made huge investments both in the industrial revival of Germany and in the industrial construction in the USSR. In fact, two "war machines" were created, which at the end managed to collide by 1941 in a mortal battle, the outcome of which was also not least decided by the US assistance to the USSR. But after 1921 no one invested much in the military construction in Poland, in new technologies in this country. Poland's own resources were insufficient to equip a modern army. Therefore, the rapid military collapse of Poland in September 1939 "in front of the allies", England and France, who did nothing to save her, was natural.

However, all this will come later. In 1921, another thing was interesting: why did the "Great Poland" take place, but the "Great Armenia" did not take place, which was also "drawn" according to the Treaty of Sevres, which was part of the "Versailles system of international treaties" following the results of the First World War.

Incidentally, Poland also signed the Treaty of Sevres. Although due to the geographic remoteness from the Ottoman Empire, she did not receive her lands, she received most of what she “requested” under the Versailles (with Germany) Saint-Germain (with Austria), and Trianon (with Hungary) treaties. And the implementation of territorial issues concerning Poland under these treaties did not cause especially fierce resistance, although there were conflicts, in particular Silesia, they were resolved (a plebiscite was held, following which Upper Silesia was divided and most of it remained in Germany).

It is clear that the Entente allies needed a strong Poland at that time as a counterweight to Soviet Russia. But this is not the only point. The Polish authorities, of course, carried out "excesses" in relation to national minorities in the controlled territories, they also wanted to get as much land as possible with a mixed Polish-German population. But the Poles never reached the level of total ethnic cleansing, the massacre of the civilian population, the terror and murder carried out by the Dashnaks.

Armenian "historical experts" today, trying to win over Russian "hurray patriots" to their side, do not miss an opportunity to mock Poland and its "claims", as well as how its allies "threw" it. But after all, Poland's claims were partially realized in 1921. And it received state sovereignty for a while. However, in the end, it also turned out to be a "consumable" for the Western allies.

However, the Western "allies" used and betrayed same Armenia on a regular basis. However, like the Armenian nationalists themselves, their benefactors, and patrons. But all the same, the Armenian nationalists, being drawn into the most deadly for the Armenian people geopolitical combinations, still hope that this time their “great, wise and ancient” will not be able to be beaten and they will nevertheless carve out their “Great Armenia” with someone else's help."