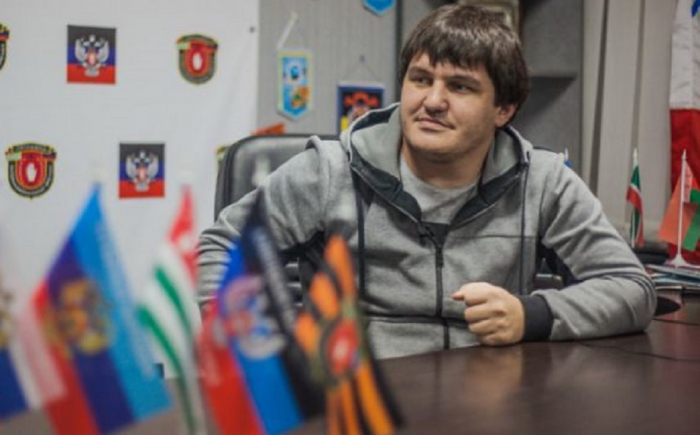 After Akhra Avidzba, a separatist militant who fought in the Donbas and a former assistant to the "president" of Abkhazia, was arrested in Sukhumi, paid pro-Armenian propagandists (like Semyon Pegov) sharply stood up for him. Many predicted on March 11 almost a "Maidan" in Sukhumi demanding the release of Avidzba and the separatist authorities even took certain preventive measures".

But the "Maidan" did not happen, which became one more proof that the "technical curator" of the so-called "technical curator" was being drained in Abkhazia. "Armenian project" for the settlement of this separatist territory by ethnic Armenians from Azerbaijan's Nagorno-Karabakh:

Initially, the choice of the "curator" was clear. Akhra Avidzba is not only a fighter "famous" for robberies and looting in Donbas, he himself is a native of Sochi, and has close ties with the Armenian community of Sochi and the Krasnodar Territory as a whole.

Avidzba was the only Abkhaz official who publicly supported the resettlement of Armenians to Abkhazia. For the project of resettlement of Armenians in Abkhazia, 25 million dollars were allocated within the framework of financial assistance to separatist Abkhazia from the Russian Federation, as well as funds were to be allocated by the Armenian diaspora organizations and criminal structures, mainly from the Krasnodar Territory and Stavropol.

Akhra Avidzba was appointed by the Armenian lobby as the unofficial curator of both the resettlement of Armenians and the further creation of Armenian autonomy. Accordingly, financial flows, cosmic by the standards of poverty-stricken Abkhazia, were to go through it. But apparently "he did not justify the trust."

It is not excluded that Avidzba simply “stupidly” began, out of his marauding habit, to “inappropriately” spend the money allocated for the resettlement of Armenians. This is not surprising, given the excessive greed, arrogance, "talents" of this separatist in robbery and looting, and complete absence - in other spheres.