"Stuck on the Road to India" or How the Russian Empire annexed Georgia. Part III 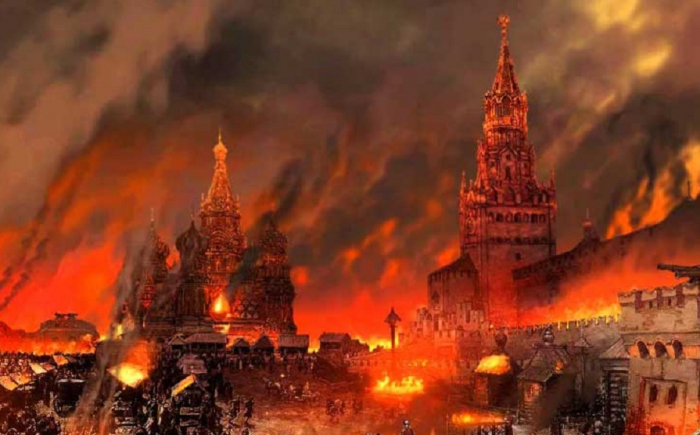 Exactly one hour (!) After the death of his father, Alexander I sent a messenger to the Cossacks sent by Paul I on an Indian campaign, whom the St. Petersburg courier catches while crossing the Volga not far from Saratov. The first decree of the new monarch was just about curtailing the Indian campaign. However, the last decree of Paul I signed a few hours before his death, concerning the creation of the Bukeev Horde, Alexander did not cancel.

Meanwhile, according to this decree, a completely independent Kazakh state in internal affairs was formed between the Volga and the Urals, to which, moreover, Russian lands in the Astrakhan province were ceded. Why - is also understandable. In the Indian campaign, Paul I counted on the support of the Bukey-Sultan and the Kazakhs.

It can be assumed that Paul I intended to receive the same support from the Georgian prince David (who was supposed to legally inherit the throne of his suddenly deceased father George). Those. before the assassination of Paul I, no one was going to liquidate the Georgian statehood (as well as the Kazakh one).

The Bukeevskaya Horde as an administrative unit in the Russian Empire existed until 1917. However, unlike the Bukeevskaya Horde (part of the Kazakh Younger Zhuz), Eastern Georgia was already flooded with Russian troops, more and more regiments entered it "by inertia", which, according to their original plans, were to take part in the Indian campaign. But, unlike the Don Cossacks who returned from the Volga, the Russian troops did not withdraw from Georgia. Their task has changed. They were supposed to expand the Russian "outpost" in the South Caucasus. And first of all, this military contingent began to liquidate the independence of the Georgian Kartli-Kakhetian kingdom.

Immediately, having received "instructions" from the new emperor from St. Petersburg on March 24, 1801, the command of the Russian waxes in Georgia removed from power David XII Bagrationi, who had been declared by him after the death of George XII as the "heir and ruler" of the Georgian throne. Instead of him, General Lazarev, the commander of the Russian army, who was here, was appointed the "manager of Georgia". The “temporary rule” of Georgia created under his leadership, which existed for one year, and began to replace the Georgian administration on the ground with a Russian one. During this time, Emperor Alexander approved the regulation "on the management of Georgia", according to which the main task of the new government was to strengthen the positions of autocratic Russia in Georgia and the annexation of other political units of the South Caucasus. The task of expanding Russia's possessions in the Caucasus was entrusted to Pavel Tsitsianov (Tsitsishvili), who knew the local specifics well.

Wars began for the expansion of Russian possessions, sometimes extremely bloody. Suffice it to recall the heroic defense against the Russian troops of Ganja (taken by the Russians) and Irevan (the first onslaught on which was repulsed and the commander of the Russian troops Pavel Tsitsianov was forced to lift the siege). Recognized Russian citizenship of Imereti and Megrelia. Most of the khanates of Northern Azerbaijan, including Karabakh, were annexed to the Russian Empire. And although Pavel Tsitsianov was killed during negotiations with the Baku Khan, the process of strengthening Russia's position in the South Caucasus became irreversible. Thus, in the "Indian campaign", the base for which was supposed to be Georgia, they forgot for a while.

There is evidence that the plans for a new "Russian-French" Indian campaign, however, were revived. In June 1807, peace was again concluded between Alexander I and Napoleon in Tilsit. Russia again became an ally of Napoleonic France and successfully took advantage of this, first annexing Finland (after the war with Sweden), and then Bessarabia (in 1812, after the war with the Ottoman Empire, during which Guria and Abkhazia also passed under Russian citizenship, and the Imeretian kingdom was abolished). And there are signs that these territorial increments of Russia were facilitated by France and "not just like that", but for the promise to participate in the Indian campaign.

There are also good reasons to believe that Napoleon sent the Marquis Phillip Paulucci to Russia as his "man" even before the conclusion of the Peace of Tilsit. At the beginning of 1809, Palucci was sent to Tiflis, to the headquarters of the commander-in-chief in Georgia. Then Paulucci was appointed quartermaster general of the Russian troops in the Transcaucasus, and in July 1811 of the same year, he was appointed commander-in-chief in Georgia and the governor-general of Astrakhan.

In addition to military operations, the Marquis Paulucci became famous for the sharp increase in grain procurement in Georgia. In Kakheti, food from the population was "raked clean", which provoked an uprising here. The question arises, why did this happen? Indeed, in previous years, bread was procured for the needs of the Russian army without such excesses.

It can be assumed that food supplies were being prepared just in case of an additional military contingent arriving in Georgia. After all, the main problem during the same campaign of Napoleon against Russia in 1812 was the lack of sufficient food supplies along the route of his army.

Those. in fact, a "food base" could really be created near Tbilisi in case the project of a joint campaign of Napoleon and Alexander to India could be started to be implemented. Moreover, back in May 1807, on the eve of the conclusion of the Tilsit Peace Treaty between France and Persia (Qajars), an agreement was signed in Finkenstein, according to one of the articles of which, Feth Ali-Shah Qajar agreed to provide the French army with unhindered passage to India through his possession.
However, the British also did not waste time and through the heir to the throne who sympathized with them, Abbas Mirza, again inclined the shah's court to a pro-British position.

Napoleon to the last count on the fact that a joint campaign in India with the Russian emperor would still take place. And even when his "great army" entered the territory of Russia, it happened without much resistance from the Russians. Moreover, at the time of the crossing of the Napoleonic army across the Neman, Alexander was nearby, in Vilna. According to some reports, negotiations were going on between the two rulers and everything could have ended with the Russian army joining the French and through Ukraine (where food bases were created), the North Caucasus, and Georgia, huge forces would be sent to India.

Why this happened is not difficult to guess. In St. Petersburg and at the headquarters of the Russian command, British military agents were and actively "worked", and it was they who did everything so that the plans for a "united campaign" of the two emperors to India, which began immediately after peace was concluded between them, were not destined came true. It is interesting that only in August 1812, when Napoleon had already taken Smolensk and was on his way to Moscow, Britain officially entered into a military alliance with Russia.

It is also necessary to dwell separately on the tactics of the two commanders of the Russian armies: 1st Barclay de Tolly, and 2nd Bagration. The latter accused Barclay of deliberately "leading the French to Moscow."

In general, the surrender of Moscow, and especially its grandiose fire (in which thousands of innocent residents and wounded soldiers who were not evacuated in time were burnt alive) is presented as a "brilliant strategy." And the same Barclay de Tolly, as well as Kutuzov, known for his pro-British sympathies, apparently did not make a "tragedy" out of this. Barclay de Tolly was of Scottish descent and the interests of Britain (the homeland of his ancestors) were hardly completely alien to him. Bagration, in spite of his Georgian origin, was considered a representative of a kind of "Russian or" Moscow "party in the Russian elite. It was for this party that the defeat of central Russia and the surrender of the sacred capital of Moscow to the enemy (especially it's burning) was unacceptable. It was Bagration who initiated the creation of the partisan movement, entrusting the creation of partisan detachments to his closest ally Denis Davydov.

The “reality” of luring the French into the heart of Russia, abandoning Moscow, and burning it down was not obvious to all Russian military personnel. However, there were also forces for which it was Moscow that was "like a thorn in the eye" and they perceived this city as a real competitor to the "Europeanized" Petersburg. After all, "golden-headed" Moscow, even without its status as a capital, remained the sacred center of Russia and was openly disliked by many "Europeanized" Russian Masons.

The war of 1812 allowed the "haters of Moscow" to resolve the issue of the pogrom and the burning of the "first-capital" Russian capital by someone else's hands. Even not complete strangers, Napoleon did not really want to burn Moscow. Moreover, they detained and shot a mass of "arsonists", whom the official historiography later declared "innocent victims of the invaders."

One way or another, but having in place of the "first-capital" capital for many years the ashes, "Petersburg" Russia, for about 13 years, developed precisely "along a purely European path (including the flourishing of Freemasonry) until the fatal uprising of the Decembrists in 1825. Then, Finally, the most reasonable representatives of the Romanov imperial house (first of all for the new Emperor Nicholas I) realized that they risked by their “following the path of“ European progress ”to lose their country, to lose not only power but also their lives. As a result, the Decembrist rebellion was suppressed. And from that moment, relatively speaking, the "Eurasians" who relied on "traditional roots" again began to have a certain influence in Russia. Nicholas I again began to pay attention not only to the revival of Moscow but also to the development of Kyiv, the original "spiritual capital" of Russia.

As for the South Caucasus, events here, even when it became obvious near Moscow that the French and Russians would no longer have any joint march to India through the Caucasus, were proceeding "by inertia." General Kotlyarevsky conducted military operations against the Qajars, whose army was trained and "consulted" by British military advisers who had already become allies of the Russians by that time. It is this ambiguity that may have led to the "miraculous victory" of the Russians on October 19, 1812, at Aslanduz, as well as to the tragedy of Lankaran (the capture of the fortress by Kotlyarevsky on January 1, 1813) and the Talysh Khanate.

An analysis of the real balance of forces suggests that the same British "allies", at the same time the Qajars and the Russian Empire, in fact, did everything to prevent the Qajars from defending Lankaran. Apparently, it was, by an unspoken agreement, given as a "payoff" to the Russians for refusing a joint campaign with the French in India.

Deprivation of statehood to Georgia, burning of Moscow, the capture of Lankaran by Kotlyarevsky. At first glance, there is no relationship between these events. In reality, most likely, Georgia, Moscow, and Lankaran, with the Talysh Khanate, were “sacrificed” by those forces that wanted a certain geopolitical turn of Russia. People, alas, have become only pawns in someone else's big game.