GYLA: Georgian government has failed to defuse the current political crisis; the arrest of the leader of the opposition party through the police forces has aggravated the current situation 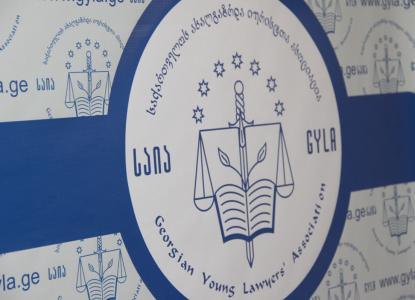 Georgian Young Lawyers’ Association (GYLA) assesses the events of February 23 and calls on the Georgian authorities to take all measures to de-escalate and normalize the political process, as well as to give demonstrators the right to peaceful assembly.

"Unfortunately, the Georgian government has failed to defuse the current political crisis and de-escalate the ongoing processes through peaceful negotiations. The authorities did not heed the multiple calls. The arrest of the leader of the opposition party through the police forces has aggravated the current situation.

It is important that the Georgian government take constructive steps to bring the country out of the political crisis, while also preventing interference with the right of assembly/demonstration and allowing demonstrators to exercise their constitutionally guaranteed rights.

Political processes preceded the enforcement of court rulings by law enforcement. As it is known to the public, on 16th February 2021, the Parliament gave prior consent to the Office of the Prosecutor General of Georgia to file a motion to the Court to replace the bail on the MP and the Chairperson of the United National Movement, Nika Melia with a stricter measure of restraint. As a result, on February 17 of the same year, the Tbilisi City Court imposed remand detention to Nika Melia. The court's decision to replace the bail into remand detention raises questions in the part of substantiation.

On February 18 of the current year, the Ministry of Internal Affairs of Georgia issued a statement regarding the execution of the mentioned ruling. On the same day, Prime Minister Giorgi Gakharia has resigned, for which he named the reason to be a disagreement with his teammates over Nika Melia's detention, the United National Movement leader.

The Ministry of Internal Affairs temporarily postponed the planned measure due to the created political situation. Nika Melia was detained the next day after the Parliament declared a vote of confidence to the new candidate for the post of Prime Minister, Irakli Gharibashvili. Such actions by state agencies make us think that decisions, in this case, are made not for legal but for political purposes accordingly.

Evaluation of the special operationconducted:

A large-scale police force has gathered near the UNM office with a purpose to detain Nika Melia, and during the arrest process, a special agent was used against political party leaders and citizens gathered in the building - allegedly a pepper spray. Special chemical agents (including pepper spray) are used to incapacitate violent resistance when there is an immediate and imminent danger of injury. They should not be used during passive resistance, as well as inclosed indoors where there is no adequate ventilation or safe exit. In such a case, there is a risk of serious health injury. Chemical agents should only be used when law enforcement has sufficient information to prove that these agents will not cause any unwarranted /unjustified health problems. It is necessary to use them properly, which means spraying tear gas/pepper spray from a distance of a few meters away from a person. Repeated or prolonged use should be avoided.

It is noteworthy that, in this case, the citizens gathered in the office of the United National Movement did not resort to violence. They were in an enclosed environment, and it was impossible to leave the building safely and instantly. This is evidenced by the fact that one of the people in the building tried to break the window, allegedly to ventilate the lack of air created by special chemicals applied. Based on all this, it can be said that the use of special chemicals by the police violated the law and international standards.

In addition, it was reported that computer equipment was recovered from the office of the United National Movement. This is an investigative action strictly regulated by the Criminal Procedure Code, during which in all cases it is necessary to have a legitimate purpose. In this case, as it concerns the extraction of data from the computer system at the headquarters of one of the opposition parties, which may be related to the activities of a political party, the relevant authorities must explain to the public the substantiated legitimate purpose of the investigation.

During the events that took place near the UNM office, the police administratively detained several people and unjustifiably detained Nodar Rukhadze, a civil activist, during a peaceful protest in front of the Georgian Parliament. It should be noted that the Code of Administrative Offenses of Georgia sets out the purposes and grounds for administrative detention, as well as the procedure for detention. In the process of administrative detention, law enforcement officials should be guided by full compliance with the requirements of the law. It is inadmissible for them to decide on administrative detention to suppress a peaceful protest, remove persons from a place they do not want, and/or for other purposes that are not following the law and are based solely on the judgment of individual police officers or their superiors.

In recent days, we have seen numerous cases of law enforcement interference in the right of assembly, in particular, in the vicinity of the Parliament building on Rustaveli Avenue, where police unjustifiably denied protesters the right to set up a tent, which was a violation of the law.

Based on all this, we call on the Georgian authorities:

Take all measures to de-escalate and normalize political processes;
Give demonstrators the right to peaceful assembly and not use police force to suppress peaceful protests", - reads the statement.
The GYLA's assesment with referenced sources can be retrieved from here.