Rally at parliament amid confidence vote 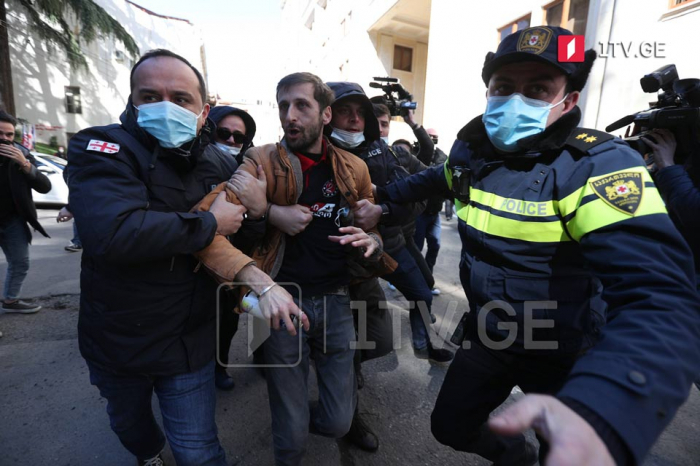 Activists of the European Georgia youth organization are rallying outside the parliament building in the Georgian capital Tbilisi as the parliament is getting ready for the new cabinet’s confidence vote.

The police detained one of the protesters while making painted inscriptions on the fence of the parliament building.

The Ministry of Internal Affairs (MIA) said this person was arrested for police disobedience.

Activists claim they protest against the pro-Russian political course followed by the Georgian current government and demand early elections.