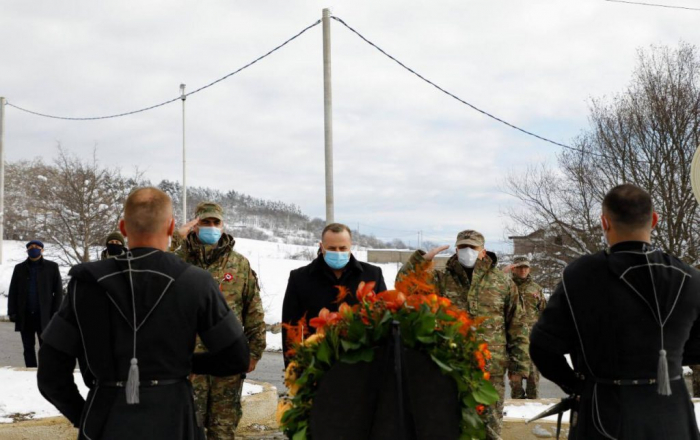 Georgian Defense Ministry remembered the Georgian warriors fallen in the fight against the Russian Army in 1921.

Georgian Deputy Defense Minister Davit Sujashvili, Deputy Chief of the Georgian Defence Forces Zaza Chkhaidze, and the Commander of the Georgian National Guard Colonel Roman Jokhadze laid a wreath on the memorial of heroes located in the Kojori-Tabakhmela vicinity.

Hundreds of cadets died in a fight for the territorial integrity of Georgia near Ialghuja, Kojori, and Tabakhmela on February 17-24, 1921.

Russian Army took over Tbilisi and occupied the democratic Republic of Georgia hundred years ago on this day.