Civil activists clash with police in front of Parliament 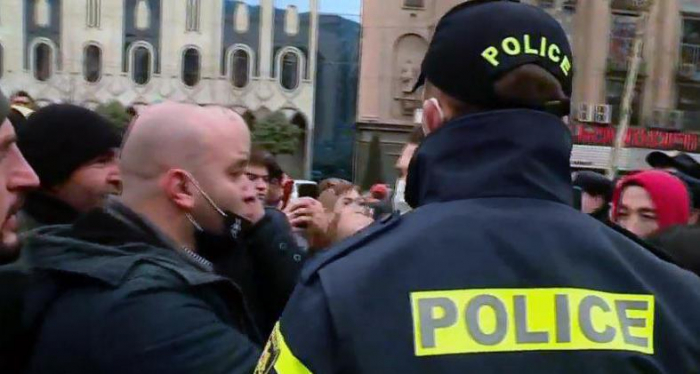 Civil activists have clashed with law enforcers in front of the Parliament of Georgia. According to civil activists, police officers arrested about 5 activists.

The activists, who have been in tents at the back entrance to the legislature building for several months, were going to move and place the tent in front of the parliament today, which was not allowed by the law enforcers, which led to clashes between them.