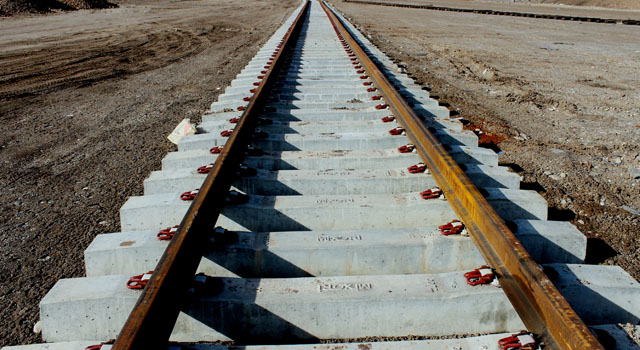 For Georgia, the issue of organizing railway transit to Armenia from Russia, through occupied Abkhazia and the rest of Georgia, will already be “decided”. This is what information we receive from sources in Abkhazia and Armenia.

Georgia is not even asked by the “Christian brothers-Armenians” whether it wants such a transit without the return of refugees and the restoration of its jurisdiction in Abkhazia. The separatist "parliament" in Sukhumi, at the behest of its Armenian "masters", simply appealed to the State Duma of the Russian Federation in order to organize a transit to Armenia. Moreover, it is emphasized that the separatist "Republic of Abkhazia" is ready "on equal terms to participate in the project to open a railway link between Russia and Armenia through Abkhazia." Georgia is not something that is not considered "equal" - it is generally denied an opinion!

In Yerevan, they consider the issue of transit through Abkhazia and Georgia, "reduced to naught" in the Armenian nationalist plans, as a matter of fact. There is only a dispute about how quickly and with whose help to "trample" Georgian.

The most "radical way" was suggested by Ruben Safrastyan, director of the Institute of Oriental Studies of the National Academy of Sciences of Armenia, a Turkologist. In his opinion, Turkey and Azerbaijan should lag behind the interests of Armenia to "put pressure" on Georgia in the Armenian interests!

Ruben Safrastyan self-confidently believes that Turkey and Azerbaijan "will put pressure on Georgia" if any negotiations begin to unblock the railway communication from Abkhazia to Armenia. He stated this in an interview with the correspondent of Novosti Armenii - NEWS.am on 11 February. In his words, both Ankara and Baku have serious resources for "pressure" on Georgia in Armenian interests, and they "will certainly use them."

This is generally interesting news! It turns out that when it comes to pressure on Georgia, even the Turks are considered by them as potential "allies"! One can imagine what delusional dreams the Armenian nationalists cherish about Georgia, despite the hypocritical statements about "brotherhood" and Christian solidarity. " For the sake of doing evil to Georgia, they even dream of attracting Turkey and Azerbaijan to their side!

Of course, everything that Ruben Safrastyan fantasizes about is complete nonsense. Turkey and Azerbaijan considered and still consider Abkhazia an integral part of Georgia. Turkey and Azerbaijan will discuss all transit issues through Abkhazia only with Georgia only after the complete de-occupation of this territory and the return of the Georgian refugees - and not a day earlier.

Well, Armenia, let it not think about how to use Azerbaijan and Turkey in its anti-Georgian intrigues, but how to compensate Azerbaijan for the damage for the occupation of Karabakh, the plunder of natural resources, the destruction of cultural values ​​and shrines.

Another Armenian “scientist”, head of the Iranian Studies Department of the Faculty of Oriental Studies of Yerevan State University, Vardan Voskanyan, in fact “decided everything for Georgia,” but believes that Armenia should “put pressure” on our country through Russia and try to drag Georgia into its anti-Turkish adventures. In his opinion, Armenia should find a way to come to an agreement with Georgia on the issue of opening the Abkhazian section of the railway in order to oppose it to the so-called. “Turanian corridor - the planned road through Zangezur.

"What should Armenia do in the current situation? By all means, try to negotiate with Georgia on the opening of the Abkhaz route, which will allow it to take a much tougher position on the so-called" Turanian corridor ", opening up the prospect of its complete neutralization at the expense of the Armenian-Georgian Russian-Iranian joint efforts, "- said the Armenian Iranianist.

Naturally, at the same time, Vardan Voskanyan did not say a word, either about the return of Georgian refugees to Abkhazia or about the restoration of the territorial integrity of our country. And how will he say this, if the Armenian nationalists already consider Abkhazia "theirs" and the number of the Armenian population in this occupied Georgian territory is growing rapidly. Every day, many Armenians cross the border at Psou, arrive in separatist Abkhazia, and, with the help of local Armenians, "settle" in the lands taken from the Georgians, in captured Georgian houses. It is clear that “having settled in their new homeland” they would like to travel to Yerevan “comfortably” by rail through the lands where Georgia once was, and the plans of the Armenian nationalists should include “great Armenia”.