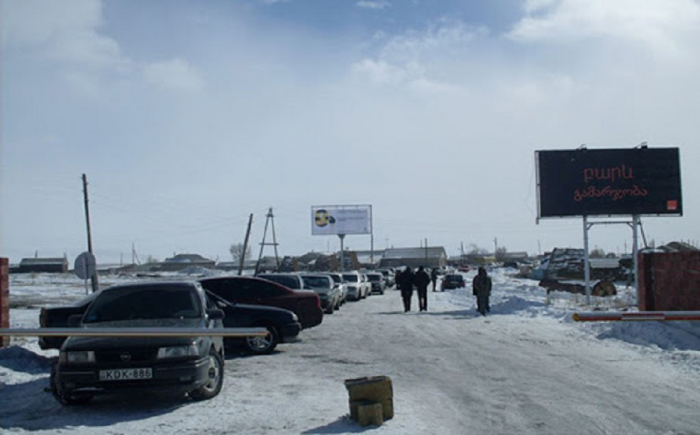 Mass vaccination of the population against coronavirus should start from day to day in the Republic of Armenia. It is already known that the Armenian Ministry of Health has registered the Russian vaccine against the Sputnik coronavirus in the country and vaccination with this drug will begin in Armenia in the near future.

However, due to the coronavirus epidemic, the Georgian authorities allowed foreigners to enter the country under different conditions. Citizens and residents of the countries of the European Union, Switzerland, Israel, the United States, Saudi Arabia, the United Arab Emirates, and Bahrain can enter Georgia with a negative coronavirus test result. All other foreigners, including Armenian citizens, can enter Georgia, including for transit purposes, only after full vaccination (2 doses) against coronavirus.

Thus, vaccination becomes a kind of "pass-through Georgia" for those Armenians who want to collect their belongings, load them onto a car, and leave the Republic of Armenia forever. There are tens, if not hundreds of thousands of them in Armenia now. The huge demand for leaving Armenia by any means possible is evidenced simply by the rush demand for air tickets from Yerevan to the cities of the Russian Federation and the sharply jumped prices for them.

There is no doubt that in the near future many citizens of Armenia will begin to get vaccinated only in order to get the opportunity to transit through Georgia to Russia. But not all will "settle" on the territory of the Russian Federation. Already today, it is obvious that many Armenians have "looked closely" at Abkhazia for their future permanent residence. Among such migrants, a significant percentage will be “Artsakh” separatists, as well as Armenian terrorists and militants of various origins (including those from Syria and Lebanon) with passports of Armenian citizens. Naturally, the appearance of such a contingent in separatist Abkhazia will not add either security or tranquility to the population living under occupation, including the Abkhaz themselves.

Unfortunately, at the moment Georgia cannot prevent the massive illegal settlement of Abkhazia by Armenian citizens. Although it would not hurt the citizens of Armenia, when they are transiting through Georgia to Russia, once again to remind them that crossing the border with occupied Abkhazia along the Psou River is illegal. It is also illegal to acquire any real estate in occupied Abkhazia, especially if it belongs to Georgian refugees expelled during the 1992-1993 war.