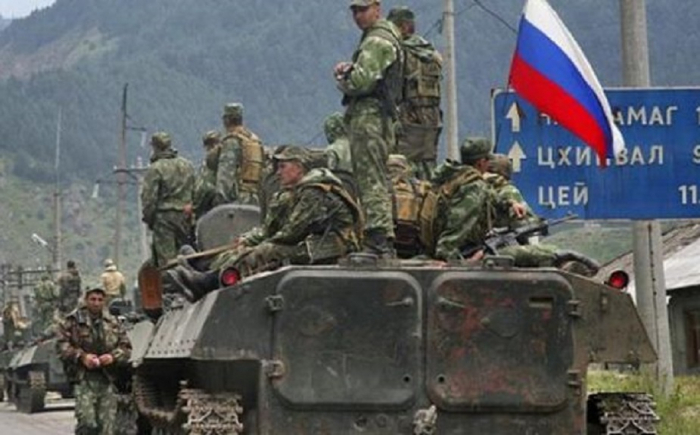 Anti-Georgian hysteria in the Russian media and social networks is gradually disappearing. Although, tried to ignite it in every way to the level of August 2008 by pro-Armenian media (such as Regnum. Eurasia Daily) and Armenian trolls in social networks.

In principle, the situation would be ideal for Armenian provocateurs if there was a coup in Tbilisi on June 20-21. Then the country would be plunged into a civil war. There would be a reason for military intervention in its internal affairs by Armenia or instigated by the Armenian lobby of Russia (in addition to the already occupied territories). Well, at least in order to “protect the Armenian population of“ Javakhk ”from the terrible“ Georgian nationalists ”.

But it did not work out. Nevertheless, “by inertia”, pro-Armenian media began to incite hatred in Russia towards the current Georgian government, which (another paradox) among opponents of Mikhail Saakashvili’s supporters is accused of allegedly “pro-Russian position”.

What has not been done in the last two weeks in order to increase the degree of anti-Georgian sentiment in the Russian Federation and prove to the Russians that “the Georgians are hostile to them”. They even went for a rude forgery - they found somewhere a video of a verbal altercation between Georgians and Russian tourists five years ago (which did not end with anything). This video began to be dispersed by social networks and issued for the "recent attack of Georgians on Russian tourists."

National tourism administration of Georgia was forced to make a statement in which it refuted this false information about the alleged “recent attack on tourists from Russia in Georgia”.

“Against the background of the current situation, it is unacceptable to disseminate such information. Once again, we explain that not a single case of an attack on tourists from Russia in Georgia has been recorded. Georgia is a country in which, in accordance with international standards at the highest level, the security of citizens and foreign tourists is ensured,”the National Tourism Administration said in a statement.

For anti-Georgian propaganda, they “pulled out of naphthalene” the most odious “information servants” of the Armenian lobby, so that they would also throw anti-Georgian materials into the information space. Their meaning was all the same - “Georgia needs to be further dismembered.”

So, for example, known with provocations Eduard Limonov, in his opus “Wake up, Georgians!” (www.aif.ru) even wrote insulting to Georgian Ajarians nonsense that they are “not Georgians”: “The population of Ajara is not Georgian by birth but rather Mediterranean-mixed - here are the descendants of the Greeks, Armenians, Turks, Arabs.”

And naturally, Limonov is frightened by the “Turkish threat”: “Through the border, Turkey is looking, licking its lips, at Ajaria. Turkey understands Ajaria as part of its Turkish territory, inherited by Georgia through Russian bayonets. Only now Turkey is regaining these lands for itself in a different way - it buys real estate in Adjara.”

The interest in Adjara at the Armenian lobby is clearly unhealthy. In the Russian media and on television, they began, as directed, to “launch” materials that “the Turks are buying up Adjara.” Although, in reality, up to 35% of acquisitions of Adjarian real estate have recently been accounted by Russians, and they were the leaders among foreign citizens making investments here, much “overtaking” citizens of the same Turkey. Moreover, the share of real estate purchases by Russian citizens in the same Batumi until recently has grown rapidly.

It would seem that it is easier - you want to "resist the Turkish influence", make sure that the Russians went to Adjara and bought more and more real estate. Already, some areas of Batumi are of little difference from Ryazan or Kostroma in terms of the number of Slavic persons. Moreover, many Russians, having acquired apartments, moved to permanent residence and live here permanently and do not notice the “terrible Georgian nationalism” at all — they are exclusively benevolent towards them.

But no! Russian citizens are deliberately frightened from Georgia. And at the same time “unobtrusively” the emphasis is made on the need of Russian military intervention. Including in order to “save Adjara” from the allegedly “Turkish threat”. Of course, in Armenian interests.

Armenians participating in talk shows on Russian channels also began to raise the Adjarian question. There are absolutely provocative and false assertions that, in 2021, they say, “the operation of the Kars Treaty is being pumped up” and “the borders can be revised.”

Further, the logic of the Armenian "science fiction" is the following - "evil and insidious" Turkey "will try to seize Adjara." There is no doubt that pro-Armenian propaganda is making a fool of this, despite the complete absence of such plans in Turkey. Well, Russia will naturally "intervene." And in the process of “restoring justice” in the region, “it will return the Western Armenia to the Armenians”.

It all seems complete nonsense. But apparently, the Armenian lobby is really set to “blow up” Georgia, to achieve external military intervention in its internal affairs (on the part of Russia), in order to initiate a large-scale redrawing of borders in the region.

The fact that in the course of this reshaping there is a risk that Armenia itself will cease to exist as a state, it does not seem to confuse the Armenian “strategists”.

But so far all efforts to kindle a new round of hostility between Russia and Georgia seem to have failed. The case was limited only to a ban by the Russian Federation on direct flights of Russian tourists to Georgia. Certainly it is painful for the Georgian tourist business, but not fatal. Even an embargo on deliveries of Georgian wine to Russia cannot be introduced despite the efforts of Armenian “well-wishers”.

Most important, the theme of the “new war with Georgia” is resolutely not supported in Russian society. True, there is still no awareness that de-occupation of Georgian territories is necessary. But Georgia and the world community are working hard in this direction.