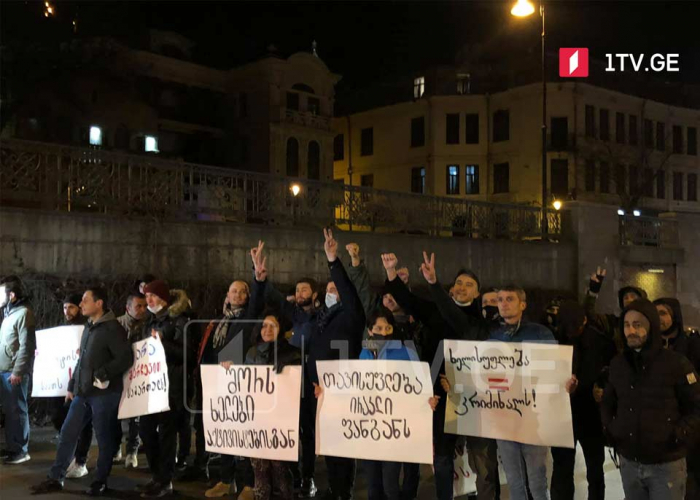 The Opposition activists are marching from the Georgian Dream office toward the Ministry of Internal Affairs in Georgia’s capital Tbilisi.

The rally participants protest against coronavirus-related restrictions and the detention of Irakli Pangani.

The Police apprehended NGO Alternative member Irakli Pangani on Sunday for his involvement in the Batumi incident.

“Pangani participated in the protest rally held against Adjara Supreme Council member Irakli Chavleishvili. The rally was organized by NGO Alternative and youth wing of the United National Movement in Batumi.

Pangani chased after Chavleishvili and emptied the garbage bin over his head. Investigation is in progress on the fact of persecution and hooliganism,” MIA noted.
Earlier this week, the opposition United National Movement (UNM) clashed with a non-partisan member of the Supreme Council of Adjara, Irakli Chavleishvili in Batumi. The protesters emptied a trash can full of garbage on the head of Irakli Chavleishvili.