Georgia's victory: the ECHR recognized the ethnic cleansing carried out by the Russian Federation in 2008 in Abkhazia and the Tskhinvali region 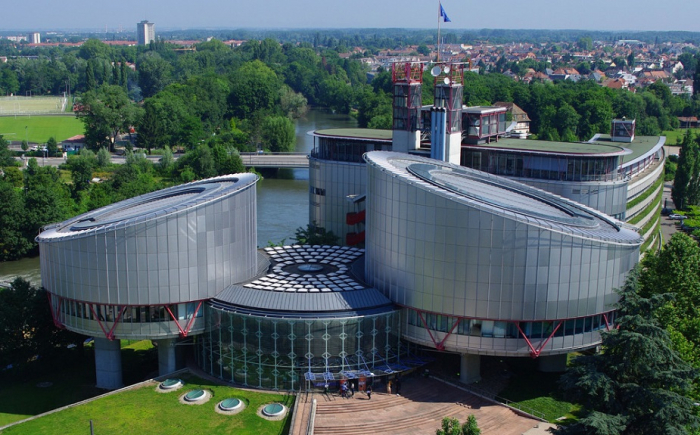 On January 21, the European Court of Human Rights (ECHR) published its decision in the case "Georgia v. Russia (II)" on the 2008 war, where it found the Russian Federation responsible for human rights violations during this conflict.

“The most important day in the modern history of Georgia! Litigation - Georgia against Russia ended in the European Court of Human Rights with Georgia's victory! This is a common victory! " - This is how Prime Minister Giorgi Gakharia commented on the decision of the ECHR.

Let us consider in more detail the decision of the ECHR.

It should be reminded that in Georgia's suit against Russia, Tbilisi characterized Moscow's actions in 2008 as violating Article 33 (interstate cases) of the European Convention on Human Rights.

Georgia accused the Russian Federation of allowing or leading to the existence of administrative practices through indiscriminate and disproportionate attacks on civilians and their property on Georgian territory by the Russian army and/or separatist forces under its control - the Russian Federation allowed or led to the existence of administrative practices, which led to a violation Articles of the Convention:

The claim was lodged with the European Court of Human Rights on 11 August 2008 and declared partially admissible on 13 December 2011. The court heard the testimony of witnesses and the position of experts during the hearing held in Strasbourg from 6 to 17 June 2016. The meeting itself took place on May 23, 2018.

The court ruled that it is necessary to separate the events that occurred during the active phase of hostilities (from 8 to 12 August 2008) and the events that followed the ceasefire.

Thus, as the Ministry of Justice of Georgia emphasizes, the court found that Russia had violated several articles of the European Convention for the Protection of Human Rights and Fundamental Freedoms.

“Recognition of a number of violations by the Grand Chamber of the Court confirms that Russia carried out ethnic cleansing of Georgians during the August 2008 war. This historic decision is for Georgia the most important lever for resolving conflicts and restoring its territorial integrity using international legal mechanisms, ”the Strasbourg Court’s decision was commented on in a statement by the Georgian Ministry of Justice.

Also, according to the official statement of the Ministry of Justice of Georgia:

“The Strasbourg court shared Georgia’s position and recognized Russia's responsibility for torture, inhuman and degrading treatment of Georgian prisoners of war and civilians.

The Strasbourg court shared Georgia's position and recognized Russia's responsibility for violating the rights to freedom and safety of civilians.
The court shared Georgia's position and established Russia's responsibility for refusing to investigate the killings of Georgian citizens during the war and for a number of other violations.
This historic decision is an important lever for resolving conflicts and restoring the territorial integrity of Georgia using international legal mechanisms, ”the Ministry of Justice said in a statement.

At the same time, Russian propaganda “clung like a straw” to the decision of the ECHR that “the events of August 8-12, 2008 do not fall under the jurisdiction of the Russian Federation” and “fantasized” it:

“Based on the results of almost 12 years of consideration of the case, the ECHR came to the conclusion that the Russian Federation cannot be held accountable under the Convention for the Protection of Human Rights and Fundamental Freedoms for incidents that occurred during the repulsion of the Georgian army's attack on the peacekeeping contingent and the local civilian population by the Russian military in the period from 8 to 12 August 2008, ”the Russian Ministry of Justice said, although there is not a word about the mythical“ attack of the Georgian army on the peacekeepers ”and“ civilian population ”in the ECHR decision.

Of course, Kremlin propaganda does not say that during the war in Georgia, Russia bombed Georgian cities, military bases, and civilian infrastructure, and also used its naval forces. During the war, 408 Georgian citizens were killed, of which 170 were servicemen, 14 employees of the Ministry of Internal Affairs, and 228 civilians. The number of wounded and injured amounted to 2,232, including 1,045 military personnel (i.e., here, too, most of the victims are civilians). But for some reason, the Ministry of Justice of the Russian Federation does not recognize that the Russian army, in fact, killed and maimed the civilian population.

Nevertheless, the attempts of Russian propaganda do not change the essence of the ECHR decision. Georgia has completely won in court and proved that the truth is on its side. And this gives hope that the time is getting closer when justice will be restored, the captured Abkhazia and the Tskhinvali region will be liberated and reunited with Georgia and the refugees will return to their homes.