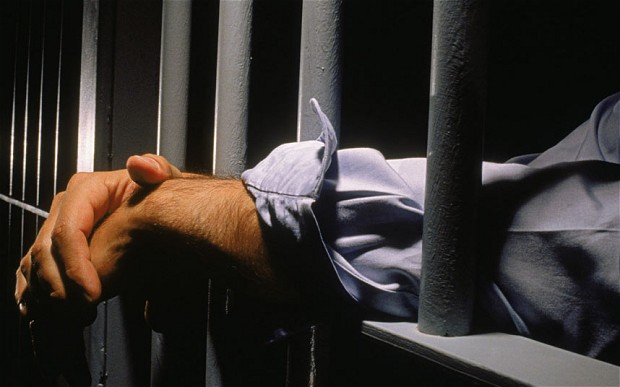 Recently, information appeared on social networks that between the deputy of the separatist "parliament" of the so-called. "South Ossetia" Garry Muldarov and an employee of the same "parliament" Igor Chochiev, there was a conflict, as a result of which Muldarov struck Chochiev several times with his fist. However, by all appearances, the occupation authorities have toughly warned their puppets to "stop fighting." And after some time, a refutation of this incident appeared on the Facebook page of Garry Muldarov.

“A few hours ago, information appeared in social networks that I allegedly beat up an employee of the Parliamentary Staff Igor Chochiev. I refute this false information and, in order to clarify, I report that a verbal skirmish developed between me and Igor Chochiev in connection with his unfounded accusations against our deputy association "For Justice" that we are controlled by some pro-Georgian forces. I didn’t rush at anyone with my fists, I didn’t beat anyone, and I didn’t offend anyone ... I urge individual users of social networks not to mislead people. " - said Garry Muldarov.

It is very interesting here to mention Garry Muldarov that he and a number of other “deputies” are accused of being controlled by “pro-Georgian forces”. In fact "working for Georgia." And is a grave accusation of the separatists of Tskhinvali, after which not only can one lose not only his position and freedom but also his life.

In general, the accusation of “working for Georgia” has long been the main reason for reprisals against political opponents and “former comrades-in-arms” with whom they did not share the sharply decreased financial injections from Russia. During the current political crisis, Bibilov's regime is also resorting to similar accusations against those who are unhappy with his rule.

Let us recall that the political confrontation in Tskhinvali sharply escalated at the end of August last year. Then in the building of the criminal police "Ministry of Internal Affairs of South Ossetia" after interrogations, a resident of Tskhinvali Inal Dzhabiev died.

The relatives and friends of Inal Dzhabiyaev were sure that he was simply killed, and during torture. Mass rallies were held in the center of Tskhinvali demanding to punish those responsible for his death. At the same time, the separatist government resigned, and some of the deputies of the separatist "parliament" refuse to fulfill their duties until Uruzmag Dzhagaev leaves the post of "general prosecutor" of the separatist regime. Among the deputies who have become opponents of the regime is the aforementioned Garry Muldarov.

Those who think that the general prosecutor of the separatists watched over the "legality" are greatly mistaken. In fact, his main task was a terror against the opponents of the ruling separatist elite. All "not ours" were harshly pressed, disgruntled, thrown into dungeons, tortured and killed, and, apparently, Inal Dzhabiev was not the first victim of this system of separatist terror. And there have been a lot of dissatisfied people lately.

It is clear that the death of the unfortunate Inal Dzhabiyev was only a pretext for "clarifying the relationship" between the separatists. The fact is that when huge funds were invested from the Russian Federation in the separatist regime and immediately plundered, some of the separatist functionaries just fabulously (even by the standards of the North Caucasus) enriched themselves, while others received only “crumbs”.

According to the well-known Russian separatist commander in the Donbas Igor Strelkov, the former leader of the Tskhinvali separatists, Kokoity, when he was a puppet "president", used the stolen money to rebuild himself three luxurious mansions in Russia. It is unlikely that Bibilov stole less than he did.

Now the appetites of Bibilov and the ruling elite have grown sharply, and receipts from Russia have decreased. As a result, the ruling clique of separatists steals everything “cleaned up”. Not only the common people (which of course) were “thrown” into poverty, but even the functionaries of the separatist regime of the “middle level”, who were still allowed to the “feeding trough” before, and today, like the people, they are doomed to complete and hopeless poverty.

After the first formal "concessions" in the Jabiev case in the form of the resignation of the separatist "government", the separatist authorities made it clear that they would not listen to their opponents anymore. Moreover, they have officially taken the course of “joining Russia”, which means that even before the official annexation, as well as in the Russian regions, the FSB will simply “neutralize” the disaffected.

Meanwhile, Dzhabiev's relatives began an open-ended protest in the center of Tskhinvali in December 2020. They demand a fair investigation of the case, the punishment of all those responsible, and the resignation of the prosecutor general. But the separatist authorities ignore their demands. Moreover, recently the former so-called. The "prime minister" who was dismissed in connection with the Jabiev case became an "adviser" to the separatist "president" Bibilov. Well, today, as the case with Garry Muldarov and Igor Chochiev showed, the confrontation among the separatist regime has reached such intensity that there are cases of banal assault.

Garry Muldarov was clearly threatened by the occupation authorities that he sharply began to deny the conflict with Chochiev. But it turns out that Bibilov and his clique have fewer means and methods to keep people in subjection. Also, how to establish elementary order in the separatist territory. It is not excluded that the occupation forces will also be involved in the "police terror" against the Ossetians dissatisfied with the regime.

The ugliness of the separatist regime, despite the rabid propaganda, is becoming more and more obvious to the Ossetian population itself, which understands that the further existence of the separatist entity is a complete and hopeless impasse. In addition, living in the Tskhinvali region becomes banal and dangerous. It is no accident that the departure of the population from the occupied region to Russia has sharply increased. Ossetian villages in the Tskhinvali region were empty for a long time, and now Tskhinvali has begun to empty too. Life in occupation under the rule of insatiable and lawless separatist bandits is becoming more and more unbearable. Only the de-occupation of the Tskhinvali region and the restoration of legality here will give Ossetians a chance for a normal life, including those who were previously intoxicated by separatist propaganda.