Armenian "Javakhk" separatists are outraged by the "high percentage" of the Georgian population in Tsalka. Why? 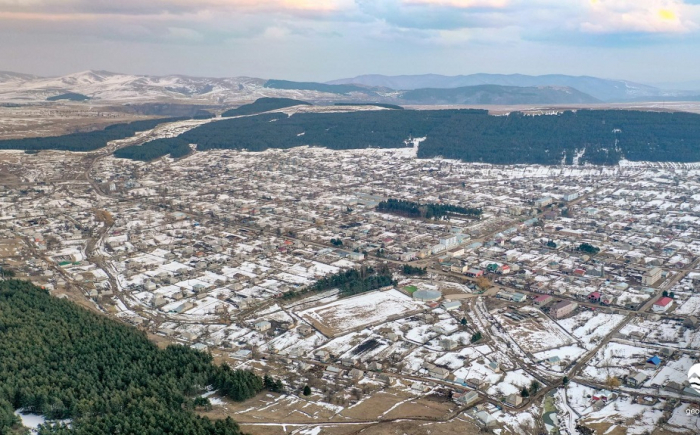 The separatist bloody war in Abkhazia was preceded by "research" of provocateurs. In their opinion, the share of the Georgian population in Abkhazia grew "excessively" during the years of Soviet power. Nationalist hatred was artificially fomented towards ordinary Georgian peasants from the land-poor regions of Samegrelo, Imereti, Racha-Lechkhumi, who, together with Georgians and Abkhaz brothers living in Abkhazia from time immemorial, raised a subtropical economy on swampy and empty lands.

Although in percentage terms, these peasants moved to Abkhazia quite a bit. Much less than the Armenian settlers, whose settlement in Abkhazia for some reason did not at all revolt such "researchers". Those. such "studies of the dynamics of the ethnic composition" with an anti-Georgian orientation were the reason to accuse the Georgians of "deliberately settling Abkhazia to change its ethnic composition."

Today, such “researchers” are not at all outraged by the fact that the share of Armenians among the population of Abkhazia is already in fact higher than that of Georgians before 1992. the settlement of Abkhazia by Armenians is "very good", the fact that the share of the indigenous Georgian population was growing (and mainly due to the high natural increase among the peasants) is, they say, "bad".

The provocative publications of the separatist telegram channel Javakhk evoke sinister associations. In these publications, the Georgian population is accused of "daring" to grow in numbers on their own Georgian land. On the very land that the Armenian settlers who appeared here after 1830 had already included in their “great Armenia”.
Here are some of the posts of such a provocative and extremist nature (https://t.me/jvkhk1/82):

“Tsalka during the time of the Russian Empire was a part of the Borchali district and was its extreme northern territory. The settlement of this territory began in the late 1820s and 1830s. Like the rest of "Javakhk", Tsalka was settled by settlers from the Ottoman Empire, but, unlike other territories, a large number of Pontic Greeks moved here.

The situation is getting worse after the collapse of the USSR, and as of 2002, the population of the municipality is halving, mainly due to the outflow of the Greek population to Greece, Cyprus, and the Russian Federation, the number of the Armenian population is also decreasing against the background of the increase in the Georgian population, which is growing due to the displaced from Adjara of people. At the end of the 2000s, immigration reaches even greater proportions, and almost no Greek population remains in Tsalka, while the Greeks do not sell their houses, leaving them untouched.

From that moment on, the Georgian government decided to move people from Adjara to empty Greek villages at a fairly fast pace. As of 2014, according to the official census conducted in Georgia, the majority of the population are Georgians, and then there are Armenians 46.70% (8802 people) and 38.84% (7321 people), respectively, although these numbers do not inspire much confidence. since the main phase of the outflow of the Armenian population ended at the beginning of the 2000s. "

By the way, as if "sympathizing" with the Greeks, Armenian nationalists do not mention that many of them would like to return to Tsalka. Especially after the economic crisis broke out in Greece. At the same time, many Greeks from Tsalka did not take root in Greece, since in general, they are not “Greeks”, but Christian Turks, and their native language is Ottoman-Turkish.

Be that as it may, neither the Georgian authorities nor the Georgian people have anything against the return of the Greeks to Tsalka. But the fact of the matter is that their houses and land plots of the Greeks are usually seized by their Armenian neighbors, who simply do not allow those of them who would like to return to Georgia to their homes. And even if a Greek manages to "sue" a house, however, as a rule, the land around it is appropriated by an Armenian neighbor.

Those. Armenian nationalists today are doing everything to “survive” non-Armenians from Tsalka. It worked out with the Greeks...