Bidzina Ivanishvili: I promised to stay in politics until oppressive government discarded, I kept my promise 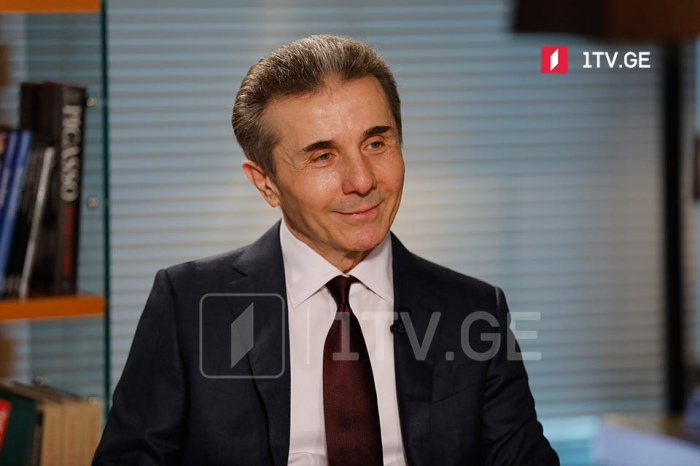 “In 2011, I stated I would stay in politics until the oppressive government is discarded. I kept my promise,” Bidzina Ivanishvili said in an interview with the Georgian Public Broadcaster on Tuesday.

“I have proved for years, I was not hypocritical, and politics indeed is not my favorite profession. I was obliged to come, as the country needed it. There was not enough power to deal with the oppressors. They needed my help. It was the essence of me coming into politics. That is why I said that I would come to discard the oppressors and leave. I ain’t staying in politics. I did what I said. A year later, the president’s term expired, he left, and I resigned too as promised to the public.

If you remember, I will also remind the public that there were many questions regarding my approach after leaving, whether I would retain responsibility for the team. I have made it clear that I reserve responsibility for the existing team. I said that I would not get involved in politics again if there were no need for it. But after being repeatedly asked the same, I answered that I would get involved in politics not to ruin the result.

Without any hesitation, I said that I would give advice to the team and even help. Whatever I said, I did. That’s how I do it. Opponents could not stand it and made things up, but I did not do anything wrong. It could not have been called informal rule either, as advising is not forbidden, moreover advising the team. I openly assisted and supported the team during the elections, I participated in TV shows, I characterized them, I praised them, I criticized their competitors, and so on. I was a very active supporter of the Georgian Dream, and I had a great desire to strengthen the team and hold the game that we set. They kept asking me about having extra influence, informal rule. I have always reminded the public, and I still remember what I used to say. I have excess trust in society, and this is my main trump card. I have no other resource. What I have from the public, I want to use for the public.

If someone in the government violates the rules of the game, if there is corruption, or excessive use of force, or something similar, which is unacceptable for the Georgian Dream, I will oppose it. They considered me because they knew I would not stop. It is how I characterized my position at that time. I was a focused, active aide and supporter of the Georgian Dream, both a controller and a critic if you like. I never concealed that if any of our officials do not act per our constitution, legislation, the past, and history, I will not stop. It is what the opponents persistently called informal ruler,” Bidzina Ivanishvili said