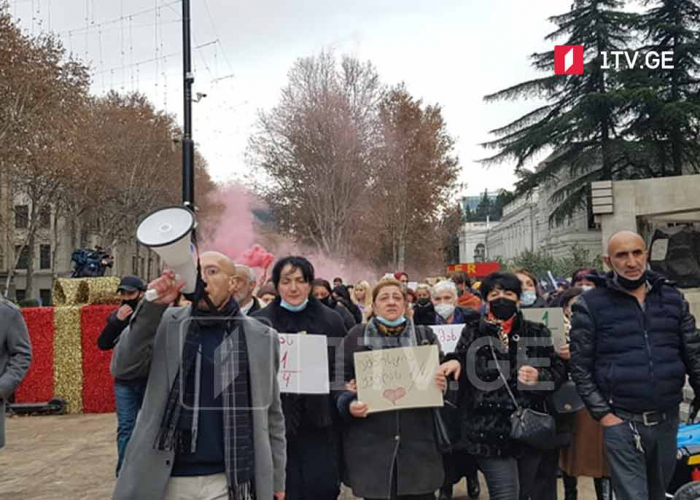 The movement Shemakhe Amnistia (Grant Me Amnesty) members are rallying in front of the parliament building in the Georgian capital Tbilisi on Monday.

Protesters demand a one-quarter reduction in the sentence terms for all prisoners and a meeting with the Amnesty bill initiator Mikheil Sarjveladze.

The inmates’ parents are attending the rally. The protesters oppose the Amnesty bill, as they believe it needs to be expanded.

“This is not an amnesty. The Amnesty bill should apply to all convicts. All prisoners deserve to be granted at least a partial amnesty. The words – convict and victim’s consent – must be revoked from the bill. We will fight to the end as we never tolerate this,” said one of the protesters.
Georgian Parliament is discussing the amnesty bill at the third reading. Georgian Parliament registered the amnesty bill on December 16.

The proposed draft envisages the release of inmates convicted for property damage, theft, forgery, some types of bodily harm, etc. The draft would also apply to inmates imprisoned for life and drug-related crimes, except for drug trafficking. The crimes such as murder or domestic violence will not fall under the amnesty.