PM: The new year begins with a new phase, a new wave of targeted social assistance 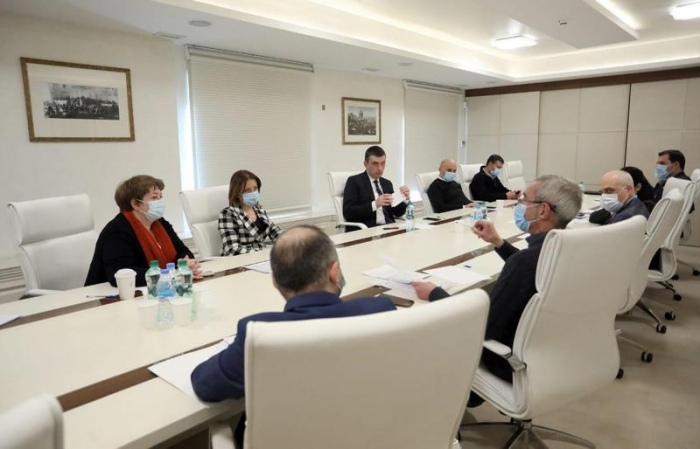 The new year begins with a new phase, a new wave of targeted social assistance, which includes systemic steps, systemicsocial support for our citizens, - Prime Minister of Georgia Giorgi Gakharia said at the working meeting of the Interagency Coordination Council.

"From the very first day of the outbreak of the epidemic in the country, of course, our main task was to take care of people's health and to cause minimal damage to the economy. These were the main goals of each of our steps. As you know, in the very first stage, in the spring, we took a number of targeted social assistance steps, as well as specific business support measures. As you know, after November 28, 2020, when we introduced a new phase of targeted restrictions, we also introduced specific social support steps aimed at responding to these restrictions - it was a one-time 300 GEL assistance that has already been used by more than 120 thousand of our citizens, however, we must say that the new year begins with a new phase, a new wave of targeted social assistance, which includes systemic steps, systemic social support to our citizens. First, this is a support of GEL 1,200 for 6 months, which worked very well in the first phase. This assistance is intended for the citizens who lost their jobs and have not received a salary since December 2020. This is the first part. The second part - all our socially vulnerable citizens, whose points are between 65,000 and 100,000, will have 100 GEL support every month for 6 months. Also, all our citizens, whose points are between 0 and 100 thousand and have three or more children under the age of 16, will also have 100 GEL support every month for 6 months. Persons with disabilities under 18 and persons with severe disabilities will also receive 100 GEL assistance for 6 months. The budget of this social support portfolio is about 610 million GEL. In addition, there will be specific targeted support for companies to help them maintain jobs”, said the PM.