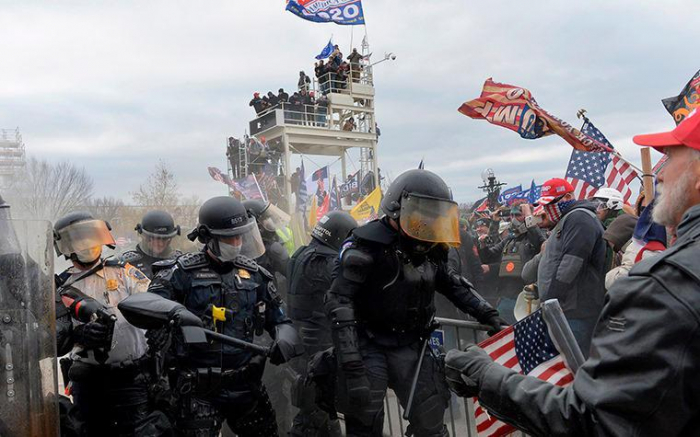 Two of President Donald Trump's Cabinet secretaries -- Transportation Secretary Elaine Chao and Education Secretary Betsy DeVos -- are resigning over the riot Wednesday at the US Capitol.

The secretaries were among a number of administration officials who announced they were leaving in the wake of a mob of pro-Trump supporters breaching the US Capitol.

In the statement, addressed to the agency she led, Chao wrote that she will resign effective Monday and was "deeply troubled" by the "entirely avoidable" events at the Capitol building.

"I am tremendously proud of the many accomplishments we were able to achieve together for our country and I will never forget the commitment you have for this Department and the United States of America," her statement continued.

She added that will help the Transportation Secretary designate, Pete Buttigieg, in taking on the department.

"It has been the honor of a lifetime to serve the U.S. Department of Transportation," she tweeted Thursday.

DeVos submitted a letter of resignation to Trump on Thursday, calling Wednesday's events "unconscionable for our country."

"There is no mistaking the impact your rhetoric had on the situation, and it is the inflection point for me," she wrote. "Impressionable children are watching all of this, and they are learning from us. I believe we each have a moral obligation to exercise good judgement and model the behavior we hope they would emulate. They must know from us that America is greater than what transpired yesterday."