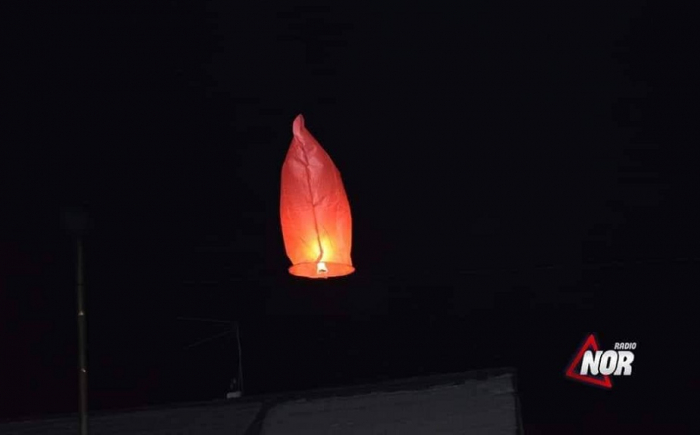 Celebrating the New Year in the secessionist-infested local Armenian population in the Georgian region of Samtskhe-Javakheti was not without provocations. The separatist telegram channel "Javakhk" (https://t.me/jvkhk1/73) openly reported about them:

“Residents of Ninotsminda municipality released air lanterns into the sky in honor of the heroes who died defending the Motherland. Everlasting memory".

It is clear who the Armenian "Javakhk" separatists consider "heroes". Terrorists and mercenaries who illegally went to fight in a foreign, Azerbaijani land. They went to the territory of a state friendly to Georgia to kill, organize ethnic cleansing, terrorist acts, and sabotage.

For Georgia, where more than 300 thousand refugees still cannot return to their homes and where more than 20% of the territories are occupied, such veneration of terrorist fighters looks blasphemous. Moreover, the same militants killed the civilian Georgian population in 1992-1993 in Abkhazia.

“Heroes” for the separatists, but in reality mercenaries and terrorists in accordance with international law, were liquidated in Karabakh by the Azerbaijani army during the Patriotic War of Independence. True, not all. Some of the militants left Karabakh and have already moved back to Georgia.

Georgia, judging by the information from the Javakhk telegrams, the separatists do not consider Rodina. For them, the "homeland" is "Great Armenia", which includes both Azerbaijani Karabakh and the primordially Georgian region of Samtskhe-Javakheti. And this veneration of the militants killed in a foreign land in the Georgian region infected with separatism is precisely designed to mobilize the separatists.