Abkhaz separatists, under the hood of the Armenian lobby, are trying to embroil Georgia with Turkey 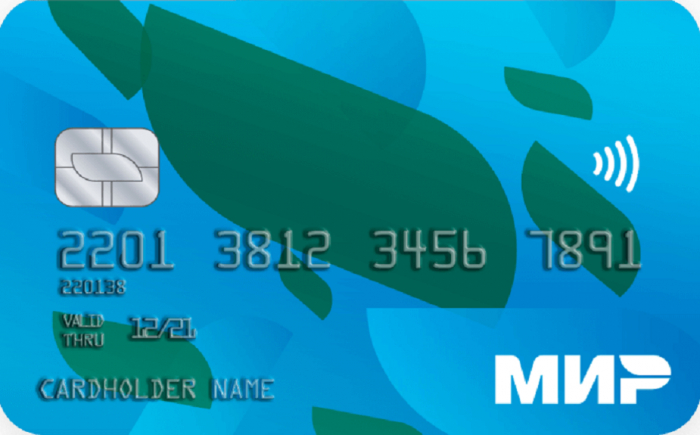 After complete defeat on the Karabakh front, virtually all the provocations of the Armenian nationalists are directed against Georgia, or rather against the friendly and good-neighborly relations of Georgia with Turkey and Azerbaijan. Obviously, the goal is to ensure that Georgia finds itself in isolation, opposed by the same Armenian lobby, Russia. This is all done in order to finally annex the Georgian territories of Abkhazia and the Tskhinvali region by the Russian Federation in the interests of the Armenian lobby, and, if possible, generally dismember the Georgian state, having achieved separation from Samtskhe-Javakheti.

Through the same Abkhaz separatists, provocative information was recently thrown about that, allegedly, Turkish banks "recognize" the so-called "independence of Abkhazia". On December 22, the media of occupied Abkhazia published information that "the largest banks in Turkey have started servicing the national tax card of Abkhazia" Apra World "and have successfully launched the terminals" Ishbank "and" Ziraat Bank "as part of a pilot program. Almost at the same time, the well-known singer of the Armenian lobby Shalva Natelashvili joined this provocation, who began to unfoundedly assert that "Turkey will recognize the independence of Abkhazia".

However, the Ambassador of the Republic of Turkey to Georgia Fatma Jeren Yazgan promptly put everything in its place. According to her, the Government of Turkey, the Turkish state recognizes the sovereignty, territorial integrity of Georgia and there can be no agreement on the provision of financial services for the occupied territories.

“It was a very good example of how false, unconfirmed information can cause problems. To prevent such cases and not to mislead the public, we have agreed on closer cooperation with the Georgian government. As for bank cards and financial services, this issue is still on the agenda and includes a certain group of Russian cards that offer services to their customers in Turkey. They may have an agreement with another financial institution based in Sukhumi that cannot operate in Turkey. Accordingly, everything is clear. I repeat once again, today we talked about a problem that does not really exist, ”said Ambassador Fatma Jeren Yazgan.

Those. talking about the Russian payment system "MIR". Russian financial structures are also trying to introduce this system in separatist Abkhazia. Outside the Russian Federation, the banking system, of course, does not see that these cards could be related to the separatist territory, and therefore there is no talk of any kind of "recognition" of the separatists. The Georgian Foreign Ministry made clarifications in connection with the incident:

“In reality, the system records only the Russian“ Mir ”payment card, and the identification of where a specific bank card linked to“ Mir ”is made is associated with technical difficulties. This is also confirmed by Turkish partners, with whom more than one communication took place. Therefore, on this issue, we continue to work closely with all partner states. It is known that the entire international community and even more so our strategic partners firmly support the sovereignty and territorial integrity of Georgia. All of them are unwaveringly pursuing a policy of non-recognition of the occupied territories and are closely cooperating with us in order to eliminate and prevent any illegal attempts by Russia, ”reads the information provided by the Press and Information Department of the Georgian Foreign Ministry.

In turn, Deputy Speaker of the Georgian Parliament David Sergeenko considers the statements made to Turkey by such provocateurs as Shalva Natelashvili, extremely harmful and provocative.

“There is no need for such statements, and moreover, such public statements that were made today against the Turkish State are harmful. No one will be able to write down points in their asset. On the contrary, such statements will probably cause harm, since consultations have already taken place at the Foreign Ministry, and nothing of the kind has taken place. This person (Shalva Natelashvili), at least, must first understand the issue and then make statements, ”David Sergeenko told reporters.

However, it is clear that such provocations will continue to continue with the obvious goal of sowing mistrust in the Georgian society towards Turkey, which consistently recognizes the territorial integrity and inviolability of Georgia's state borders. And for this Abkhazian and Tskhinvali separatists are used. At the same time, aggressive Georgian-phobic sentiments are incited among the separatists. The very possibly informal negotiations with Georgia are perceived on the separatist territory "with hostility." Why this is done is obvious. In order not to prevent the Armenian lobby from finally taking control of Abkhazia by “distracting the attention” of the Abkhazians by the Georgian-Forbes. The latter is actively populated by Armenians from the liquidated separatist "Artsakh".

Abkhazian separatists participating in Armenian, anti-Georgian provocations do not understand that, after using them to finally separate Abkhazia from Georgia, the Armenian nationalists will also quickly “write them off”. The share of Abkhazians in Abkhazia is now decreasing by leaps and bounds. The process of mass settlement of Abkhazia by Armenians is becoming irreversible. The Abkhaz ethnos, which have already become an insignificant minority on their land, will soon be doomed to disappear.