Why exactly Tskhinvali separatists want to be annexed to Russia in the form of "United Alania"? 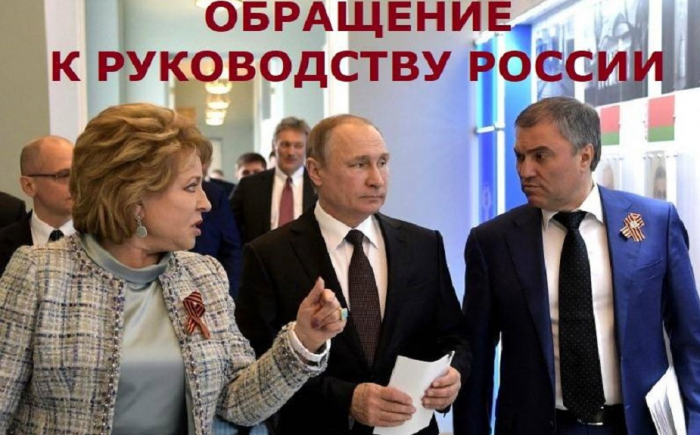 Recently, in the Ossetian and Tskhinvali separatist media, the following was circulated: "Appeal to the top political leadership of the Russian Federation on the subject of the reunification of the Republic of North Ossetia-Alania, the Republic of South Ossetia - the State of Alania and the creation on this basis of the Republic of Alania within the Russian Federation", signed by a certain Director of the Institute National Development named after Tsarazon As-Bagatar, Professor H.G. Zanaity. Here is the beginning of this "appeal":

The “anaconda loop” spread by the military-political NATO bloc is tightening tighter and tighter around the state borders of the Russian Federation. By creating hostile political regimes throughout the post-Soviet space, NATO countries managed to tighten this loop as much as possible by the end of 2020, thereby significantly limiting the ability of the Russian leadership to independently determine both the vectors of its foreign policy and control political processes in the near abroad. In essence, we are talking, if not about a full-scale military-political isolation (blockade) of our state, then about the deprivation of its protective buffer zone in the form of friendly countries.
To date, the states of Central Asia (Uzbekistan, Turkmenistan, Kyrgyzstan, Tajikistan), Transcaucasia (Georgia, Azerbaijan), the Baltic States (Latvia, Lithuania, Estonia), as well as Kazakhstan, Ukraine, Moldova have been turned into a springboard, from where, presumably, there will be aggression is carried out directly on the territory of Russia. From the military-strategic position, its soft underbelly is the most vulnerable here, i.e. border in the Caucasus. In the light of the recent events related to the withdrawal of the armed formations of the ideologists of Pan-Turkism (NATO member Turkey) directly to the territory of Azerbaijan, Artsakh, the Americanization of the entire Caspian-Black Sea region, this threat has acquired more than real outlines."

From the very preamble of this opus it is 100% clear who his main "customer" is. If any official address speaks of the mythical “threat of pan-Turkism”, this means one thing: the initiators of the “appeal” are Armenian nationalists and no one else.

The question arises - why exactly the Tskhinvali separatists want to annex to Russia in the form of "United Alania"?

The fact is that the Armenian lobby, after the loss of the separatist "Artsakh", "laid eyes" on Georgian Abkhazia as a promising "one more Armenian state". And it clearly decided to seriously engage in the annexation of the Georgian territories occupied by the Russian Federation. Moreover, it was decided to start this process not from Abkhazia, where active preparatory work is also underway to "harmonize" separatist legislation with Russia, but from the Tskhinvali region. Moreover, if the Abkhaz separatists are clearly not eager to liquidate their unrecognized pseudo-state and join with the Russian Federation, then the Tskhinvali separatists, on the contrary, only say that their goal and dream is to join Russia, or rather the unification of "North" and "South Ossetia. "Into the" united republic of Alania".

It was this proposal that was published by Professor H. G. Zanaity in the Ossetian nationalist media. At the same time, it is clear that the dubious "professor" used the same standard tales copied from Armenian nationalist myths about the "antiquity of Ossetia-Alania", its "voluntary entry into Russia", about the mythical "genocide of Ossetians by Georgians" and that kind of nonsense.

Thus, from the side of the occupied Tskhinvali region, it was decided to launch a "trial balloon" on organizing the annexation of Georgian lands in favor of Russia. If the process can be launched in Tskhinvali, then a similar process will be launched very quickly in Abkhazia. It is clear that it will be carried out exclusively in the interests of the Armenian community, which even now in separatist Abkhazia is growing by leaps and bounds. Since the "Artsakh" Armenians continue to stay here and they are just waiting for the "harmonization" of separatist legislation with the Russian one, which will allow them to buy Abkhaz real estate and land.

It can be recalled that both the gamble with the August 2008 war and the subsequent recognition of the so-called "independence" of the so-called. "South Ossetia" and Abkhazia by Russia was also specially organized precisely with the aggression in Tskhinvali. Everything is logical - after all, the Armenian lobby did not really want to devastate Abkhazia, which they liked, with military actions, where by that time the Armenian community had already completely dominated economically.

In general, the Abkhaz separatists are now directly hinted that their "independence" was recognized only thanks to the "heroic Tskhinvali". Therefore, if the process of the annexation of the Tskhinvali region by the Russian Federation begins today, then the Abkhaz separatists will have nothing to object to the start of a similar process. And the Abkhaz ethnos will simply dissolve in another "Armenian state" formation on the Black Sea coast, which is planned to be organized from Abkhazia and the Krasnodar Territory. Formally part of the Russian Federation. But, of course, everything will really belong and be controlled by representatives of the “ancient long-suffering people”.